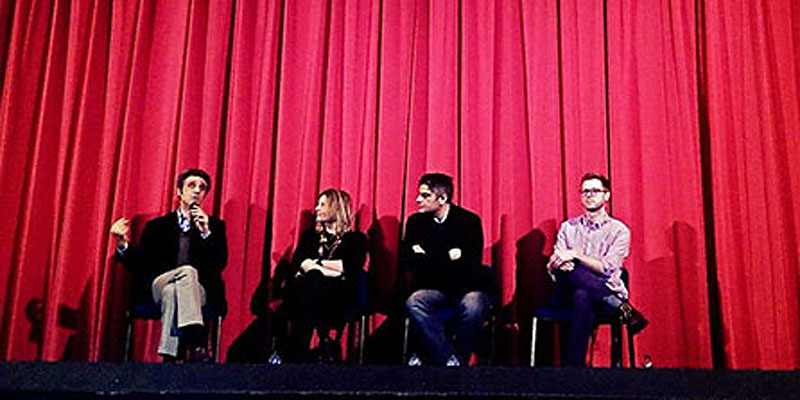 ‘Now, tell me about the good things…’  We sit in silence, nervously watching and waiting for Neapolitan teen, Silvana, to give an answer. Instead, we see a confused young woman with a haunting, almost mournful expression, struggle to mention even one good thing about her life in Naples. The image fades into darkness and we are left answerless, just as many young Italian children’s hopes and dreams of one day becoming a model, footballer or opera singer fade, too.

Having spent a year in Naples, I am all too familiar with the city from both an outsider and insider perspective, I also often find myself defending what I would consider my own home away from home to those that would seek to disparage what is to me a highly misunderstood place.

Upon hearing the city’s name, we often find that people have one of two responses. There are those that react with a certain discomfort and there are those that react with adoration for one of Italy’s most famously infamous cities. It would be a lie to not face up to the reality that Naples has a torrid history of crime, corruption and unemployment but it is exactly this unashamed honesty about its darker side that makes the city so wonderful. Something that prominent directors Agostino Ferrente and Giovanni Piperno approach with sensitivity and artistry in their critically acclaimed film, Le cose belle, which had its UK premiere showing at Leeds’ very own Hyde Park Picture House on May 5th 2015.

In a fascinating take on the coming-of-age genre, the documentary follows the lives of four impoverished Neapolitan children Adele, Enzo, Fabio and Silvana over a span of around 12 years. The film tackles the hard-hitting reality that many of us have to face in life; that our dreams may not ever come true. For the first third of the film, we get to know the four charming youngsters and their hopes for the future, with particular poignance placed on talented singer of classic Neapolitan love songs Enzo, who performs with his father at local restaurants.

12 years later and we find ourselves eerily faced with an older, almost unrecognisable version of these children, their hopes and dreams now seem an eternity ago as their faces seem tired and their eyes listless from years of disappointment. The once optimistic Enzo has relinquished his dream of musical stardom and replaced it with the vastly different career of a door-to-door salesman for a telephone operator. Adele, who once dreamed of becoming a model is now making ends meet as a dancer in a seedy nightclub.

Watching this documentary, it would be far too easy to see it as a straight-forward criticism of both a government that has failed its young and a toxic environment that only makes matters worse. But the deeper significance of the film is there, we need only search for it. In a brilliant Q&A session led by one of the University of Leeds’ key Italian Faculty figures Olivia Santovetti, directors Ferrente and Piperno were able to delve further into the subtleties of creating what has become a renowned international success. Ferrente went on to describe their piece as ‘neither an optimistic nor pessimistic view of Italy. It is a realistic one.’

In this simple message, coupled with an ending narration by one of the now adult protagonists stating that ‘bad things will happen, but I hope beautiful things will happen much, much more', it is clear to see that the principle message of the film is that Naples and Italy as a whole, is a place riddled with problems, just like any other country. From crime and poverty to the beautiful diamond in the rough metaphor of Enzo’s magical, enchanting voice as it accompanies the credits, bad things happen in life. Of this, we can be certain. However it is in quiet dignity and resilience that we find beauty. We must therefore, as human beings, realise the value of our family relationships and the friends we have around us. The real, beautiful things that make a life and not the fleeting illusion of wealth and success. Something Naples taught me all too well.

So, the next time I am asked what it is exactly that makes Naples such an enchantingly in-your-face city and why I fell so madly in love with it, I will simply respond; ’Watch Le cose belle and then you will understand.’