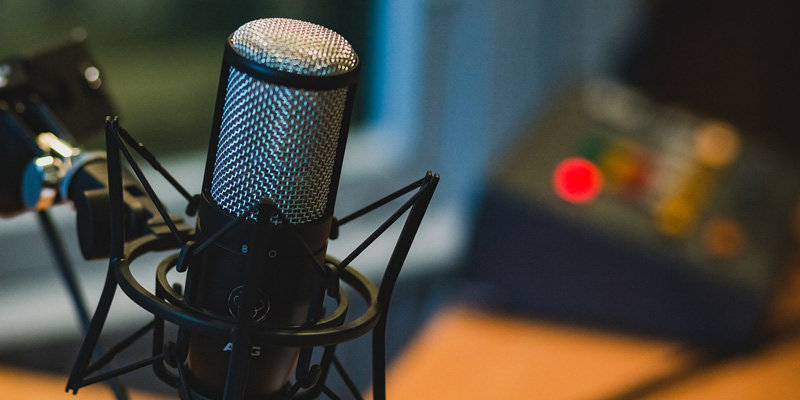 The Leeds Centre for Dante Studies runs a podcast series, which can be subscribed to freely from anywhere in the world. Its current series, “Conversations on Dante”, was launched in 2020. In each conversation, hosted by Matthew Treherne, experts from a wide range of disciplines discuss some of the work which is helping to shape our understanding of Dante, his context and works, and his place in the cultures of the world.

We are grateful to Richard Barraclough for providing the music for this podcast series.

In this episode, Sukanta Chaudhuri discusses the ways in which Bengali culture has engaged with Dante (and with Italian literature more broadly), from the mid-nineteenth century to the present day – in translations, commentaries and rewritings of Dante’s works. He discusses some of the challenges of translating Dante into Bengali, and of presenting Dante to a Bengali audience. Sukanta also reflects on his own experience as a translator, and on how Dante’s account of his relationship with Florence resonates with modern experiences of the city of Kolkata.

In this episode, Jason Allen-Paisant discusses the ways in which a number of Caribbean poets have engaged with Dante: Aimé Césaire, Kamau Brathwaite and Lorna Goodison. He explains how Dante's approach to vernacular language, and his treatment of justice and the afterlife, offer a template for these poets. Jason also reads some of his own poetry, discussing how some of these themes emerge in his own practice as a poet.

Jason Allen-Paisant is Lecturer in Caribbean Poetry and Decolonial Thought at the University of Leeds, where he researches cultural memory in the African diaspora. His first collection of poetry, Thinking with Trees, is published by Carcanet Press in 2021.

Conversations on Dante 10: Mark Davis on Dante and the Sociology of Finance (40 minutes)

In this episode, economic sociologist Mark Davis talks about the sociology of finance, and how Dante's engagement with questions of money and finance might resonate with twenty-first century debates about finance: about indebtedness, the limits of finance-driven economic growth, and the connections between finance and sustainability.

Mark Davis is Associate Professor of Economic Sociology at the University of Leeds, where he founded the Bauman Institute. Among his many research projects, he is leading, together with Matthew Treherne and Rachel Muers, a project on The Cultural Life of Money and Finance.

In this episode, Federica Coluzzi discusses her forthcoming book on the reception of Dante in Victorian culture. We discuss why the Victorian period saw such a significant change in how Dante was understood in Britain, and the ways in which Federica's approach to reception - which pays close attention to book history, material culture, and the social conditions in which reading took place - enables fresh insights into the Victorian encounter with Dante. We also discuss Federica's new research project, on women readers of Dante in the long nineteenth century.

Federica's book, entitled Beyond Influence: Rethinking Dante Reception in Victorian Literary Culture, will be published in Spring 2021 by Manchester University Press, and was developed during her time as an Irish Research Council post-doctoral fellow at University College Cork. She is now a Leverhulme Early Career Fellow at Warwick University.

Conversations on Dante 8: Helena Phillips-Robins on Liturgy in Dante (30 minutes)

In this episode, Helena Phillips-Robins discusses her work on liturgical song and practice in Dante, which will be published in a book in early 2021 by the University of Notre Dame Press. We discuss why understanding liturgical song and practice can enrich a reading of Dante - across issues from time, the body, the relationship between humanity and the divine, and the way Dante envisages his readers engaging with the Comedy.

In this episode, Kristina Olson and Chris Kleinhenz discuss their new volume, Approaches to Teaching Dante's 'Divine Comedy', published in 2020 by the Modern Language Association (https://www.mla.org/Publications/Bookstore/Approaches-to-Teaching-World-Literature/Approaches-to-Teaching-Dante-s-i-Divine-Comedy-i-second-edition). Chris and Kristina talk about the diverse disciplinary and pedagogical approaches to teaching Dante which emerge in the volume. We also consider what it means to teach Dante in 2020, especially in light of the new educational and social contexts in which students are encountering Dante, as well as discussing the rich connections between teaching and research on Dante.

In this episode, Arielle Saiber and Beth Coggeshall discuss their Dante Today website (https://research.bowdoin.edu/dante-today/), which archives references to Dante and his works in popular and contemporary culture of the twentieth century and beyond. They talk about how the site has evolved since its inception in 2006, and about the fascinating issues it raises about Dante's presence in contemporary culture. We also discuss how running the site feeds into Arielle and Beth's respective research projects on Dante in science fiction, in visual art, and on social media.

Arielle Saiber is Professor of Romance Languages and Literatures at Bowdoin College, and Beth Coggeshall is Assistant Professor of Italian at Florida State University.

In this episode, Tasia Scrutton and Simon Hewitt discuss continuing bonds theory - a field which considers the importance of a continuing bond with the dead in bereavement. We consider CS Lewis's diary, A Grief Observed, written after the death of his wife in 1960, and how Lewis engages with Dante; we go on to discuss how Dante and Lewis share a concern with the ongoing connections between the living and the dead, and the enduring bonds between souls, and how Dante and Lewis develop, in their different literary works, reflection on these issues by Augustine and Aquinas. We also consider the broader implications of continuing bonds, and how Dante can help us understand those implications for society today.

Tasia Scrutton is Associate Professor, and Simon Hewitt is Research Fellow, in the School of Philosophy, Religion and History of Science at the University of Leeds.

In this episode, Catherine Keen discusses the ways in which Bruno Latour's work An Inquiry into the Modes of Existence can enrich our reading of Dante and his teacher, Brunetto Latini. Catherine introduces the idea of diplomacy as it is developed by Latour, and shows how this notion provides a framework for understanding exile, authorship and the vernacular in Dante and Brunetto’s works.

Catherine's engagement with Latour has been published in an article in a recent special issue of Romanic Review (111: 1), Category Crossings: Bruno Latour and Medieval Modes of Existence, edited by Marilynn Desmond and Noah D. Guynn.

Conversations on Dante 3: Ed Krcma (University of East Anglia) on Robert Rauschenberg and the Inferno (40 minutes)

Ed Krcma is Senior Lecturer in Art History at the University of East Anglia.

In this episode, Jacob Blakesley discusses his work on Dante in translation, offering some fascinating insights into where Dante has, and hasn't, been translated - and into who is, and isn't, doing the translating. We discuss some critical aspects of Dante's life in translation, including the strategies of censorship and self-censorship, and how a full picture of translation of Dante can challenge notions of Dante as a world poet. Jacob also describes his research into the presence of Dante on Wikipedia, and what that might tell us about Dante's role in world literature.

Jacob Blakesley is Associate Professor of Comparative Literature and Literary Translation at the University of Leeds.

In this episode, George Corbett and Patricia Kelly discuss their project to translate Pierre Mandonnet's Dante le théologien (1935) - a work which has largely been neglected by later scholarship but which, as George and Patricia argue, has many provocative arguments which are worth revisiting - about Dante himself, his relationship to the Church, and his presentation of Beatrice. George and Patricia also tell us about the world of Catholic theology in the 1930s, and about the challenges of translating this text for the twenty-first century.

George Corbett is Senior Lecturer, and Patricia Kelly is Research Fellow, in the School of Divinity at the University of St Andrews.

Key Moments in the Commedia