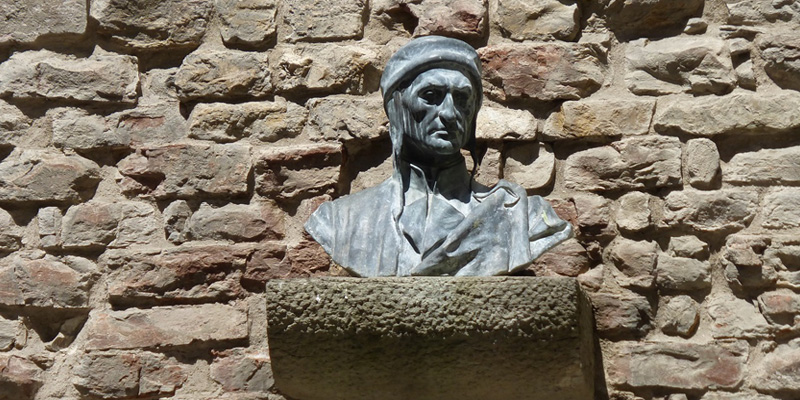 This page provides links to useful Dante websites, as well as to recent media stories on Dante.

Dante Online This website, run by the Società Dantesca Italiana, includes the texts and translations of Dante's works, bibliographical information, and recordings of music associated with Dante's works.

Dante Worlds   Run from the University of Texas at Austin, this website combines artistic images, textual commentary, and audio recordings.

The Dennis and Phillip Ratner Museum This rich website contains images of work by Phillip Ratner in the Ratner Museum in Bethesda, Maryland, including a very interesting set of sculptures forming the pieces of a Dante chess set, representing figures from the Commedia. (The Museum's main page contains a link to the Dante works.) An excellent example of how Dante's work continues to provide powerful inspiration for the visual arts today.

Dante in the media

The Daily Telegraph reports that Johnny Depp has bought the film rights to a novel about Dante's Commedia.

The University accepts no responsibility for the content of external sites.