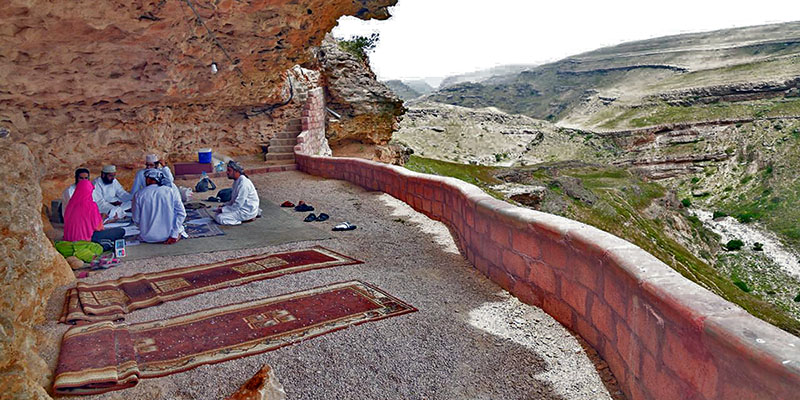 Following the AHRC Network on language and nature in southern and eastern Arabia 2017-19, and our Sadler Seminar Series on Language and Nature 2017-18, our proposal for CELCE has been approved.

The area of research is the relationship between endangered languages, cultures and ecosystems. Both in line with the broader University strategy and in view of the increasing focus on biocultural diversity nationally and internationally, our aim is that by 2023 Leeds will be viewed as the leading centre for multidisciplinary research on endangered languages, cultures and ecosystems in the UK and beyond. This will benefit the research profile of the University and enrich our submission for REF 2020/21 by demonstrating that we have a clear strategic vision for the future. The main research questions the Centre will address are:

1. What is the nature of the complex relationship within & between bio-cultural systems in view of the key attributes the Centre will address (Species diversity and endemism, Natural elements, Human rights and social justice, Communal identities, Spirituality, Health communication and psychology)?

2. What are the common & the region-specific threats to languages, cultures and ecosystems across the globe?

3. What are the social, economic and political contagion effects of loss and change in languages, cultures and ecosystems?

4. How can local stakeholders in endangered languages, cultures and ecosystems be supported and engaged in linguistic, cultural and ecosystem revitalisation?

Why is it important to have the centre?

This topic engages with the UN Sustainable Development Goals, the recent GCRF funding initiatives, and the emerging field of Biocultural Diversity. Watson and Lovett established an international network on Language and Nature in 2016, with academic and local community partners from Qatar, Canada, US, Oman, Yemen, Russia. In 2017, the network branched out to include Latin America, Africa, Eastern Europe, and the Arctic Circle. During 2017, we submitted EoIs for large grants to the AHRC GCRF and Leverhulme Major Research Centre competition. We are currently preparing an EoI for an ESRC Major Centre to be submitted in January 2018. Centre status would provide the network with greater national and international visibility, and provide a platform to apply successfully for major Centre funding within the next three years.

Local languages and cultures reflect the close relationship between people and their natural environment, embodying the complex relationship with landscape, livelihoods and dynamics of climate. When local languages and cultures are lost, these connections are broken. Furthermore, areas of the world that enjoy the greatest linguistic and cultural diversity tend to exhibit the greatest biodiversity, and loss of the one commonly precipitates loss in the other. Primarily as a result of imperial expansion, the balance between local languages, cultures and ecosystems has been highly disturbed over the past 500 years. The situation today is without parallel: records show c. 30% loss of both species and languages since 1970, and the scale of the problem has only begun to be recognised by local communities, academics and policy-makers. Dramatic environmental changes isolate/displace people, forcing language loss, breaking the link to cultural heritage, and drastically affecting people’s wellbeing.

Through engaging with local community members across the globe, the Centre will provide an excellent platform for developing impact statements for REF 2021 and beyond.

The Centre aims cohere with the recent GCRF funding initiatives, and other funding initiatives requiring adherence to ODA and UN sustainable development goals. The multidisciplinarity of the Centre speaks to the increasing requirement for interdisciplinary and multidisciplinary research. The focal geographical areas in which we work are under increasing threat. Our direct engagement with local communities will help validate and strengthen their efforts. Through further funding, online and face-to-face training will provide them with the conceptual and practical tools to engage with the dangers and challenges their societies face at the present time.

The Centre will promote interdisciplinary research on the living relationships between endangered languages, cultures and ecosystems, building a mixed-methods interdisciplinary methodology that engages the natural sciences, applied sciences, social sciences, arts, humanities & cultures. Originality lies in our focus on the dynamic, ‘living’ aspects of endangered languages and cultures and their co-evolution with society’s relationship to nature; philosophical and anthropological linguistic and cultural research will allow us to contribute to current debates that question the ´nature v. culture´ dichotomy. Our Centre will work alongside documentation and archiving groups, which provide the material to elucidate these relationships, and develop experiential documentation/archival methods that reflect the subtleties of languages in their natural/cultural place.

The Centre will aim to investigate the endangered languages, cultures, and ecosystem relationship by conducting interdisciplinary research and training around six key themes:

The Centre will aim to engage directly with local communities in order to build capacity and validate local efforts in the revitalisation of languages, cultures and ecosystems.

In accordance with the above aims, the Centre would commit to run the following events for the next five years:

- To act as the platform for all future research projects associated with the endangered languages, cultures and ecosystems agenda

- To run the annual Endangered Languages Workshop – held at Leeds since 2015 - a seminar series on endangered languages, cultures and ecosystems

- To run courses on one or more endangered languages every two years (a Mehri language course is booked to be held at the LHRI in July 16-20, 2018)

There is enormous potential for impact in the proposed centre. Impact-related activities conducted by members of the proposed centre to date include: development of an orthography for unscripted Modern South Arabian languages; co-presentation by members with native speakers of endangered languages; work with the British Library in unlocking the sound archives; public presentations at the British Museum on aspects of endangered languages; co-educational methods to engage and involve native speakers in data collection and analysis. To enhance our impact potential, the Centre will:

- facilitate pathways to impact of the research conducted by the centre through engagement with practitioners and policy makers;

- prepare policy briefs and provide advice to policy makers and practitioners so as to enhance impact of the centre research outputs;

- include on the Advisory Board non-academic collaborative partners, in particular practitioners and policy makers. These include: Alice Rudge from the British Library, Mandana Seyfeddinipur from the Endangered Languages Documentation Programme, London, and Shahina Ghazanfar from the Royal Botanical Gardens, Kew.

More details about our projects will become available in our research projects directory.

We will seek funding both for specifically Centre-related activities and separately for major projects which will be linked directly to the Centre, furthering its aims. Funding will be sought for community-level training and capacity building:

- AHRC Network 2017–2019: The symbiotic relationship between language and nature in southern and eastern Arabia – Watson

Major projects linked with the Centre:

- The symbiotic relationship of language and nature in southern and eastern Arabia, AHRC Network, 2017–2019

The Centre for Endangered Languages, Cultures and Ecosystems will span LCS, Geography, Religious Studies, Psychology, Sociology and Media & Communications. Janet Watson and Jon Lovett will act as Centre co-directors. No capital expense would be required in terms of office space or staff time, as the Centre builds on existing work. The management of the Centre would be supported by an Advisory Board of eight academic colleagues from within the University (Thea Pitman, Diane Nelson, Marco Santello, Paul Bagguley, Anna Madill, Emma Tomalin, Stefan Skrimshire, Rebecca Dickinson), five internationally renowned scholars working on ecolinguistics, endangered languages, migration and endangered fauna (Arran Stibbe, Rosaleen Howard, Geoffrey Khan, Dawn Chatty, Alec Moore), the Director of the Endangered Languages Documentation Programme, Mandana Seyfeddinipur, and Alice Rudge from the British Library. The co-directors will also liaise closely and seek advice from the LCS Director of Research and Innovation and the LCS Impact Director.

7. BA and Postgraduate Teaching and Research

The Centre fits with BA, PGT and PGR work in terms of:

‘The Life Cycle of Languages’: This BA module in LCS has been convened by Diane Nelson since 2002, and covers topics related to ecolinguistics and language endangerment. The module is also attended by MA auditors; several enrolled students have completed BA and MA dissertations on language endangerment and documentation, and four have gone on to do the MA in Language Documentation at SOAS.

A number of UG dissertations have been completed in this area, including Raja, Sadia, ‘Vegetarianism in the Qur’an’ [2013]. We expect through the Centre to encourage more undergraduates to work on the broad topic in various parts of the School and across Schools and Faculties.

Stefan Skrimshire is leading a White Rose doctoral network on Imagining and Representing Species Extinction. This network brings together researchers in environmental conservation, English literature, interactive media, management, philosophy and religious studies in order to contribute critically to the cross-disciplinary study of extinction in all its different biological forms and socio-cultural functions today.

Explore our staff profiles for more information about our academic team.

· Anna Madill, the psychology of loss of habitat and language