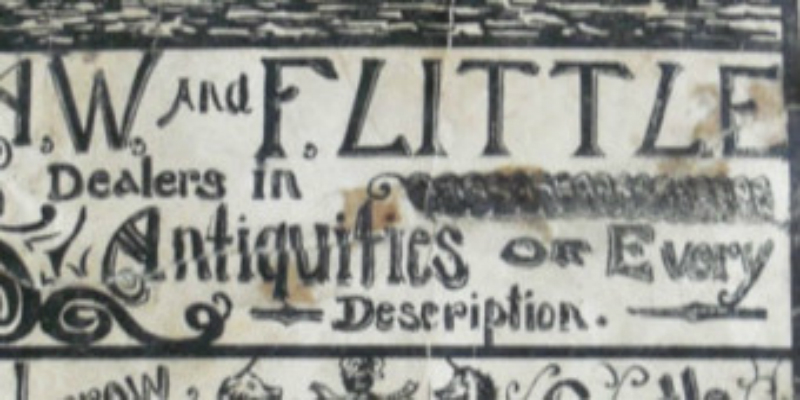 This project is based in the University of Leeds and, although the funding period has expired, the project lives on in the collaborations cultivated through it.

Originally, the project sought to map, contextualize and critically analyse the antiques trade as it has evolved and developed in Britain in the 20th century. The project assessed the cultural geography of the trade in antiques in a British context, with consideration of its international dimensions and the relationships to European and North American markets.

Using previously unexplored archives, the project investigated the evolving business practices of the trade, placing these practices into social, economic and cultural contexts and mapping these practices against the changing landscape of the broader consumption of antiques.

The project assembled a large corpus of quantitative and qualitative data, with the help of crowd-source research, and mapped the changing locations of dealers and the relationships between various segments of the trade. It also aimed to map the trajectories of the objects that passed through the trade, tracking, where possible, the current locations of those objects in public museums in the UK, Europe and North America.

As a result of the research, the Antique Dealers project has compiled an evolving database and an interactive website with potent visualisations of key relationships between dealers, objects, and museums.

The Antique Dealers project held a public conference focused on the history of the antiques trade, which took place towards the conclusion of the project on 14 & 15 April 2016 at Temple Newsam House in Leeds. There will also be an edited volume of essays arising from the project.