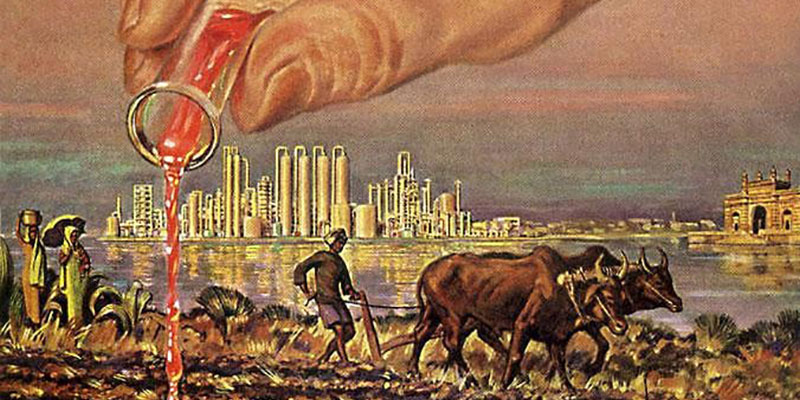 2014 is a significant year for commemorating and thinking through the legacies of major global catastrophes. This year marks the 30th anniversary of Bhopal Gas Disaster in India, the 20th anniversary of the Rwandan Genocide, and the 10th anniversary of the South Asian tsunami. While much attention is being paid to the centenary of World War I, we would like to counterpoint this by considering the politics of remembering, commemorating, and supporting long-term recovery in relation to a range of compound catastrophes that have deep colonial roots. Given that Bhopal, Rwanda, and the Tsunami have all generated significant media interest alongside diverse forms of creative response (from art to social activism), this conference will explore how these and other postcolonial disasters have been defined and represented following the initial event. It will examine the particular challenges posed by different forms of disaster (industrial, environmental, social), and connect these with aid and reconstruction work across multiple sectors.

The conference is connected to an AHRC-funded research project led by Dr Anthony Carrigan, entitled ‘Representing Postcolonial Disaster’, and will be part of a week-long series of activities designed to coincide directly with the Bhopal disaster’s 30th anniversary on 2–3 December, and with the South Asian tsunami’s 10th anniversary later that month. The overall event has been planned in collaboration with the Bhopal Medical Appeal and local community groups, and will be inclusive and public-facing, with film screenings, school workshops, and exhibitions being staged throughout the week with the core aim of stimulating public visibility and discussion. It will include an exhibition by world-renowned Indian photographer Raghu Rai (the first photographer to document the Bhopal disaster), to be held at the Tetley Gallery (http://thetetley.org/), along with contributions from writers, artists, filmmakers, publishers, and charity representatives who have worked to publicise and support recovery efforts in relation to these disasters.

We would therefore also like the conference to be self-consciously public-facing, and to speak across diverse sectors and audiences. We are keen to feature presentations from a range of disciplines and stakeholders, with a particular focus on: issues of political and artistic representation (including novels, poetry, films, popular culture, and visual art); colonialism and disaster; the politics of remembering, commemorating, and forgetting; the geopolitics of aid; and social activism and remediation. Possible topics include:

Abstracts should be written with cross-sector and non-academic audiences in mind, and we would welcome a variety of possible formats that will engage the public (e.g. poster presentations, creative pieces and art exhibits, roundtable discussions), with conventional papers to be limited to 15 minutes. Please submit 250-word proposals along with a short bionote to Dr Shamira Meghani (postcolonialdisaster@gmail.com) by 7 September 2014.

For further details of the ‘Representing Postcolonial Disaster’ research project, see our separate event website (www.postcolonialdisaster.com) and Twitter feed (@PocoDisaster) . This event is supported by the Arts and Humanities Research Council, UK, and Creative and Cultural Industries Exchange, University of Leeds.

Those with an interest in issues of transnationalism and memorialisation may also be interested in the Transnational Holocaust Memory conference, which will take place on 26-27 January 2015 at the University of Leeds. Recognizing that Holocaust ‘memory’ (in the broadest sense) is increasingly shaped by transnational forces such as mass migration, global travel and tourism, economic globalization, digital media and the internet, this conference will explore the future of Holocaust memory in shifting international contexts. Further information is available on the conference website8 and through the Twitter feed @TransHoloMemory.