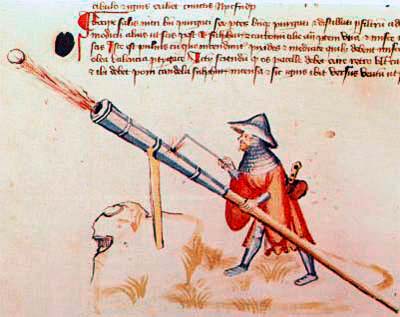 The University of Leeds conference 'Preparing for Battle', hosted by the School of History in the Faculty of Arts, Humanities and Cultures, was held on 20-21 June 2019 and was a great success.

The conference 'Preparing for Battle' explored how militaries and the societies which created them have prepared themselves for battle and combat to shed light on a critical aspect of warfare and human history. Keynote speakers included Dr Jonathan Boff (Birmingham), Dr Jessica Meyer (Leeds), Dr Alan V. Murray (Leeds), and Prof John France (Swansea). Dr Murray and Prof France are both medieval specialists.

Harry Sanderson, School of History postgraduate researcher and co-organiser of the conference, explained that the purpose of the conference was to 'continue the momentum generated by the success of Dr Kevin Linch's 2018 conference Redcoats, Tommies, and Dusty Warriors: Britain's soldiers c.1650 to the Present'.  Sanderson designed the conference Call for Papers, which aimed to 'show what happens in the prelude to battle, and how multifaceted and wide-ranging these preparations are', and also to 'demonstrate the breadth and talent of military history across a wide genre of time periods and sub-disciplines ranging from medieval to contemporary history, and traditional operational studies to new fields of research including gender and psychology'.

Samuel Bradley (IMS postgraduate researcher) presented at the conference and described it as 'a wonderful meeting of historians from many different backgrounds, points in their careers, and research interests'. In particular, Bradley was impressed by how 'medievalists and modernists came together to explore the theme', and he suggested that 'the interdisciplinary nature really allowed new avenues of interest to develop in fields that I had never considered before'.

The interdisciplinary nature really allowed new avenues of interest to develop in fields that I had never considered before.

Mark Shearwood, School of History postgraduate researcher and co-organiser of the conference, stated that 'the conference was well-received, and the standard was impressively high. A lively and friendly culture also emerged, with conversations and debates between all attendees being a feature of every break.'

The organising committee formulated a Call for Papers, and Sanderson explained that 'it quickly became apparent that the conference had sparked the interest of the historical community as a vast number of paper abstracts were submitted'.

The conference ultimately featured two concurrent panels on both days to accommodate as many papers as possible, with fourteen full panels. Thirty-nine papers written by established academics, early career researchers, and postgraduate students covered topics that varied from fourteenth-century tournaments to cartoons in the First World War.

The organisers plan to institute an annual military history conference at the University of Leeds, and provisional discussions about the 2020 conference have already started.

IMS and School of History Involvement