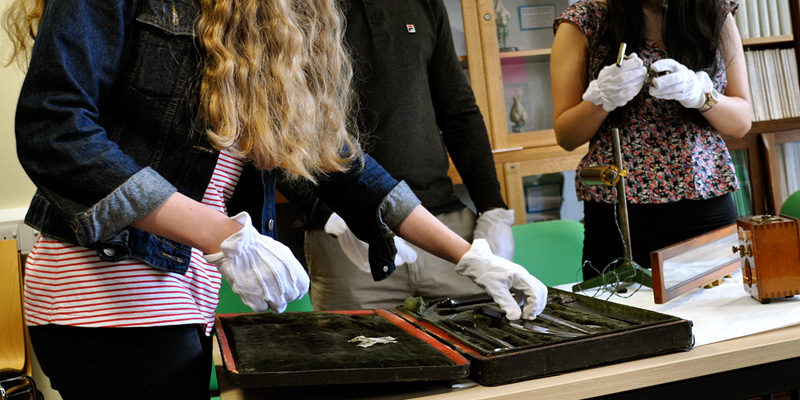 Formally, Leeds History and Philosophy of Science dates back to 1957, when a local philanthropist, Bernard Gillinson, donated funds to establish a new academic unit.

Informally, the subject was already familiar, and in certain respects thriving, with previous Leeds contributors including the physicist Norman Campbell, author of What is Science? (1921); the mathematician Selig Brodetsky, who published a biography of Newton in 1928; Mikuláš Teich, a chemistry undergraduate who, with Brodestky’s encouragement, wrote a prize essay on Newton that Nature printed in 1944; and the philosopher Mary Hesse, whose first book, Science and the Human Imagination: Aspects of the History and Logic of Physical Science, came out in 1954, while she was working in the mathematics department.

But it was the arrival in Philosophy at Leeds of the Wittgenstein-trained philosopher Stephen Toulmin, author of The Philosophy of Science: An Introduction (1953), which led – with the support of other Leeds academics, notably the historian Asa Briggs – to the founding of the Division of History and Philosophy of Science.

In a 1956 article, Toulmin set out what remains a compelling case for university support of a specialist HPS centre. As a teaching subject, he pointed out, History and Philosophy of Science is uniquely well placed to ensure that, in an increasingly science-dominated age, arts students acquire some acquaintance with scientific thinking, while science students learn something of the wider historical and social contexts that can spur independent-mindedness about their sciences.

As a research subject, professionalised History and Philosophy of Science promised to take knowledge of the scientific past beyond where gifted but often axe-grinding amateurs had taken it. What Toulmin called for was the training of History and Philosophy of Science scholars belonging self-consciously to an evolving tradition, with high standards and a common sense of core achievements.

Over the last 60 years, the Centre for History and Philosophy of Science has been home to a community of teacher-scholars that, for all the many changes of personnel and intellectual persuasion, has remained true to this invigorating vision of the discipline and the needs it serves. Indeed, something originally planned as part of the unit has recently come to fruition: an associated Museum of the History of Science, Technology and Medicine.

For a glimpse of History and Philosophy of Science at Leeds in its recent state, have a look at the “HPS in 20 Objects” public lecture series, in which, throughout 2016 and 2017, staff and students used objects from the Museum as springboards for accessible surveys of the subject, from antiquity to the present, and from physics to psychology.

For more on the history of HPS at Leeds, see the entry in Wikipedia and for all the latest news follow us on Twitter @hpsleeds.