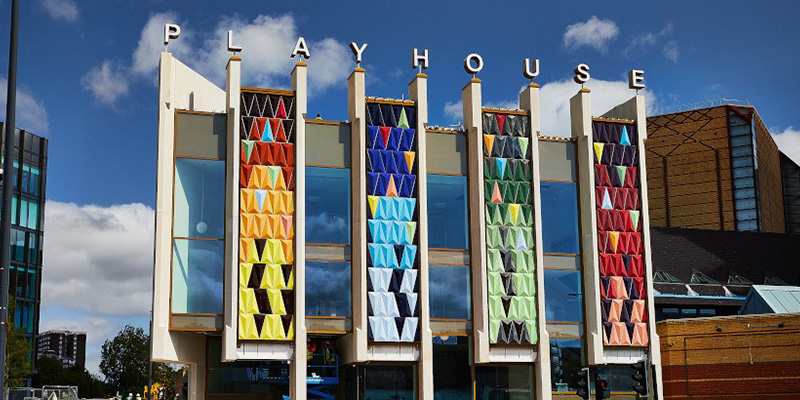 BA Theatre and Performance Graduate Natalia Izquierdo has been working as Trainee Assistant Director on Hedwig and the Angry Inch at Leeds Playhouse.

The production of the stage musical has been receiving excellent reviews. Natalia talks about her experience and development in the role, explaining that she first saw the Trainee Assistant Director opportunity on The Leeds Playhouse website.

She applied in late January, attended an interview a week later, and was offered the job shortly after that. After accepting the contract, she began on the 1 March by being introduced to The Leeds Playhouse, the rehearsal space, and the core team: Jamie Fletcher (director) and Rachael Abbey (assistant director), amongst the rest of the team behind the production of Hedwig.

She recalls “the next day the rest of the cast/band arrived, and I was introduced to the majority of the staff working at The Playhouse. Rehearsals began and I had my own sofa to the right of Rachael, where I would watch the process and was able to help out with small tasks such as reading lines, or researching name alternatives for the characters, or replacements for references made within the script.”

It was an absolute joy and pleasure to have been a part of Hedwig and the Angry Inch, and to have met such talented and genuinely kind-hearted people.

Leeds Playhouse is one of the many collaborative links between the School of Performance and Cultural Industries and local creative organisations. A key part of the arts scene in the city and wider region, Leeds Playhouse is deeply rooted in the community and provides vital theatre, telling stories is part of being human, how we describe the world as it is and how we would like it to be.

Natalie continues, “I look forward to working with them and The Playhouse again in the future, and to hopefully seeing Hedwig's story shared.

“The support and care for each other we had in the room, combined with some wonderful, silly moments, made rehearsals so profoundly welcoming. It was a thrilling and rewarding process being a part of such a big-scale show and feeling involved in and like my contribution was valued.

“I grew fond of the show, having known nothing about it, and learnt to love it for its comedic pull that guides you through a punk-rock tale, straight to the heart-felt ending that leaves you thinking and reflecting on all of the people around you with their infinitely intricate identities.”