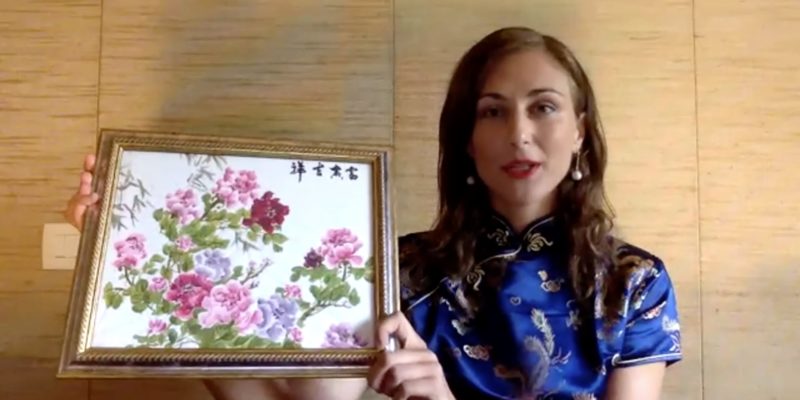 Rebecca Mingotti Landriani's excellent performance in the competition earned her ‘First Prize’ and an invitation to represent the UK in the international finals.

Rebecca, a final year student of Chinese and International Relations at the University of Leeds, has been awarded 一等奖 (First Prize) in the 19th Chinese Bridge UK Finals.

The event, originally scheduled to take place in London in April, was broadcast to over 1000 viewers via Zoom, Facebook and YouTube with ten Mandarin learners of various nationalities representing Universities around the UK.

Contestants impressed the judges by demonstrating their Mandarin language skills, cultural knowledge, creativity and performance ability, and adapted extremely well to the additional challenge of delivering their speeches and artistic performances at home, through a webcam.

Read more about Rebecca and view her performances at the event.