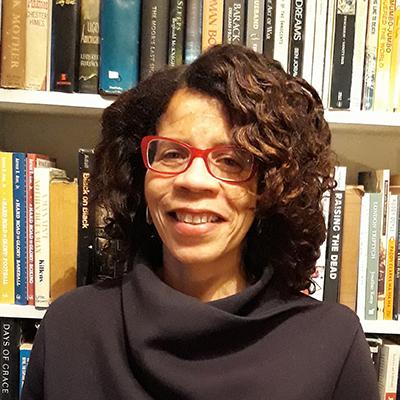 A talk by Dr Nicole King, Goldsmiths, University of London.

Dr Nicole King is Lecturer in American Literature and Culture in the Department of English and Comparative Literature at Goldsmiths, University of London.

Nicole’s research focuses on literary representations of young adults, blackness and modernity in the United States and the Americas.  Her current book project, African American Narratives of Childhood and Racial Subjectivity, offers a comparative historical analysis of racialisation and adolescence black US novels and short stories. She has also written on the literature of the Caribbean, the Caribbean diaspora and on Black British literature and is the author of C. L. R. James and creolization: circles of influence. (Jackson, MS: University of Mississippi Press, 2001).

"In this presentation I consider contemporary and mid-20th-century African American fiction to reveal how the newer texts echo, reprise and revise similar scenes and narrative concerns found in their forerunners. I use the specific examples of Martha Southgate’s novel The Fall of Rome (2002) and Ralph Ellison’s novel Invisible Man (1952) to discuss a recurring focus on educational institutions and scenes of instruction as critical sites where characters learn and contest extant, sometimes contradictory definitions of blackness.  My investigation seeks to answer the questions, what is made possible by having adolescent characters push against, question and even reject received ideas of black subjectivity?  What ‘pedagogies of dissent’, to use Chandra Talpade Mohanty’s phrase, are constituted in these literary representations?  And, finally, how does modern African American fiction use children and childhood to imagine racial liberation and the production of alternative societies from within the emotional and affective realities of black identities in formation?"