Dr Eleanor Rosamund Barraclough is Associate Professor in Medieval History and Literature, Durham University. Her research explores the history, cultures, languages and literatures of the medieval Nordic world. Most recently she has focused on the history of Norse far-travellers who made their mark on the great civilizations of the Middle Ages. In Beyond the Northlands: Viking Voyages and the Old Norse Sagas she examine the medieval world through the lens of the far-travelling Norse and their saga storytelling culture, establishing an unfamiliar, distinctive approach to global history. What emerges is a fluid, fragmented, multidimensional picture that provides insights into how the world was remembered and imagined by a unique culture from the edge of medieval Europe. This project also incorporated her own fieldwork in locations including Greenland, Arctic Norway, Iceland, Sweden, Orkney, Rome, and Istanbul.

In the late-ninth century, at a time when much of Anglo-Saxon England had been devastated by Norse invaders, a very different Scandinavian visitor came to the court of King Alfred. His name was Ohthere, and he was a trader and explorer from Arctic Norway. Ohthere told King Alfred about his life and travels at the northernmost fringes of Arctic Scandinavia. An Old English record of his account survives: a fragment of a vanished world. Through this unique text we glimpse the landscapes, animals, tribes and traders of the far north. Recorded much later in 13 century Iceland, Old Norse sagas describe a similar far-northern region. They contain echoes of the northern world presented in Ohthere's account, but often these echoes are faint. For instance, Ohthere presents the tribes of the north as nomadic hunters and trading partners, but in the sagas the Finnar (Sámi) are transformed into an uncanny, magically talented people. In other, more fantastical sagas, monstrous northern inhabitants blow in on the icy wind: trolls and giants feasting, frolicking and fornicating in the high arctic. These tales may seem utterly fantastical, but even in the most surreal of saga stories, the real-life inhabitants of the far north still cast a faint shadow from long ago and far away. 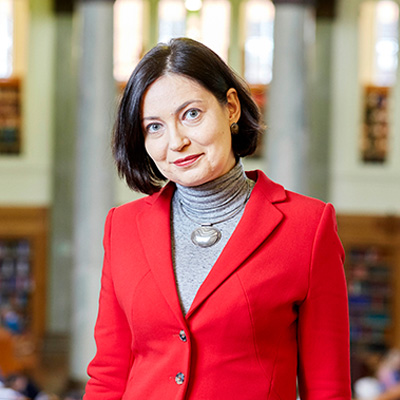