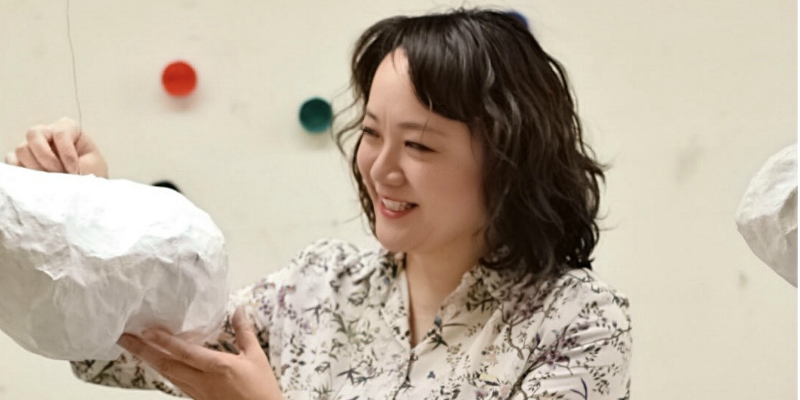 MA Fine Art student, Michiko Yamamoto, has been announced as one of six winners of the Grantham Art Prize.

Launched on Earth Day 2018 by the Grantham Institute - Climate Change and the Environment and the Royal College of Art (RCA), the inaugural competition aimed to merge science and art to create pieces that would be strong motivators for action on climate change.

Art students from across the UK were encouraged to team up with researchers at Imperial College, London, to create original concepts based on scientific fact that will compel observers to consider the moral and ethical implications of their choices.

The six winners have been set the task of creating a new work from scratch by 25 April 2019, when all works will be displayed at an opening exhibition at Imperial College to celebrate Earth Day 2019. The artworks will then be moved to a gallery space at the Royal College of Art to form a standalone exhibition in July.

Michiko Yamamoto is a full-time MA Fine Art student at the School of Fine Art, History of Art and Cultural Studies, University of Leeds. Originally from Japan, Michiko has a Bachelor of Fine Arts from the University of Pennsylvania. She studied at the Pennsylvania Academy of the Fine Arts in 2006 where she received a Pennsylvania Governor’s award and won the Judith McGregor Caldwell Purchase Prize for the Academy’s Permanent Collection.

Yamamoto’s oil painting, Blossom in Alarm – Global Warming II, is an example of her previous work relating to climate change. Michiko has a long-standing interest in environmental issues and works to raise awareness of these problems through her art.

She has teamed up with Dr Kris Murray and Sonia Tiedt from Imperial College to highlight the impact of human-linked greenhouse gas emissions in China and the USA. 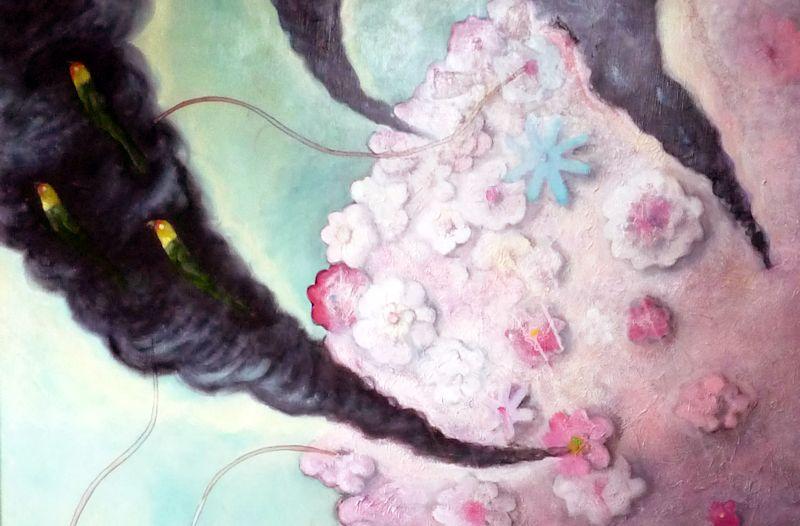 “We will be presenting one striking example of a species vulnerable to climate change: the Yoshino cherry tree. This iconic tree is treasured by many all over the world, but we need to find a way to protect the trees from the effects of climate change, including disease, invasive pest and native insect attack.

“Winning this prize is a fantastic opportunity to raise awareness of climate change. My collaborators have been vital to the development of the work: Kris and Sonia’s research looks at how global changes, such as climate, can alter the distribution of species.

“I would like to thank Professor Chris Taylor and Dr Nick Cass in the School of Fine Art, History of Art and Cultural Studies who inspired and motivated me constantly.”

Chris Taylor, Professor in Fine Art Practice at the University of Leeds, said:

“The shortlisting of Michiko’s proposal for the Grantham Art Prize illustrates the relevance that artists and contemporary art practices play in highlighting global concerns.

“In collaboration with scientists working at the forefront of environmental issues at Imperial College, and as one of our many international students at Leeds, Michiko brings to the project her own cultural histories, knowledge and experience which informs current discourses on cloning, climate change and infestation.

“Michiko’s work is symptomatic of the breadth of ideas and explorations that students on the MA Fine Art course choose to undertake — either as personal endeavours or in in response to research undertaken in complementary theoretical modules, expanding the boundaries of practice and modes of art-science-humanities collaboration.”

Further information, including the full list of all six winners of the Grantham Prize, can be found here.