It is with sadness that we announce that Mary Swan, director of studies in the Leeds Institute for Medieval Studies from 1996-2011, died on the afternoon of Monday 19th October after a short illness.

After undergraduate studies at Keele, Mary took an MA in Medieval Studies at Leeds (1987) and proceeded to complete a PhD, supervised by Joyce Hill, in Leeds's School of English in 1993.

Mary was appointed in 1996 to what was then the Leeds Centre for Medieval Studies - the first member of staff to belong to the Centre itself. She led the introduction, in 1999, of Leeds's interdisciplinary Medieval Studies Ph.D. programme, from which nearly sixty students have since graduated.

Mary's Ph.D. was on 'Ælfric as Source: The Exploitation of Ælfric's "Catholic Homilies" from the Late Tenth to Twelfth Centuries', and she went on to produce major work both on Ælfric and on the post-Conquest life of Old English texts, not least through her collaboration with Elaine Treharne on the project The Production and Use of English Manuscripts 1060 to 1220. These contributions helped to shift the field substantively, calling attention to the persistence and vitality of vernacular English writing into the twelfth century.

Beyond Leeds, Mary was an active member of what is now the International Society for the Study of Early Medieval England, and a great many Old Anglicists will remember the 'Anglo-Saxonists' meals' that she convened at the International Medieval Congress every year.

Mary left the University of Leeds in 2011, retraining as a garden designer. At the time of her death, she was in the process of building up a successful practice, and was both teaching and publishing in this new sphere. She even managed in her brief career to win a gold medal at the Royal Horticultural Society show at Chatsworth in 2018, and there are a number of Leeds area gardens to her design.

Mary's partner John Anderson was able to be at her bedside and says that she was comfortable and asleep when she died. John has set up a charitable donations page on JustGiving for anyone who would like to donate in Mary's memory to the cancer care centre where she received care during her illness: https://www.justgiving.com/fundraising/mary-swan.

The Institute for Medieval Studies will be putting together a fuller obituary of Mary and we would welcome reminiscences from people who worked and studied with her: please email the current director of the IMS, Alaric Hall. Likewise, if anyone would like the Institute for Medieval Studies to pass on messages of condolence to John, please send messages to Alaric in the first instance.

Some of Mary's horticultural adventures are chronicled at https://twitter.com/maryswangardens and https://www.maryswangardens.com/journal, which provide their own tribute to the passion with which she lived and worked, both during her time in the IMS and in her subsequent career. 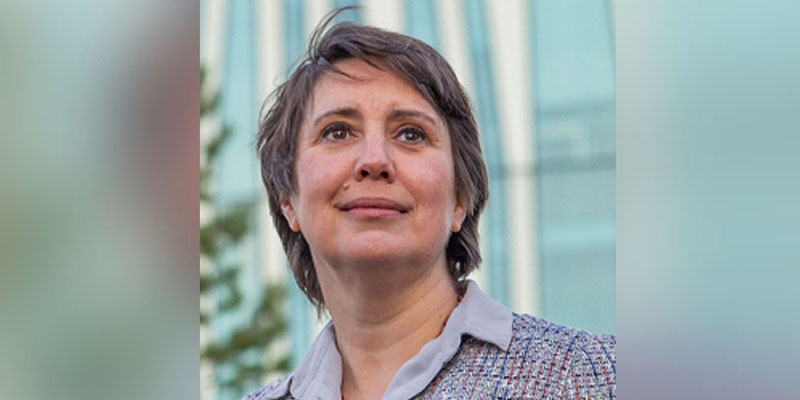 Appointment of new Head of School for English