For the last 10 years, UNESCO has commemorated World Arabic Language Day by highlighting Arabic’s legacy and immense contribution to humanity.

Rasha was invited to speak in a panel on “Envisaging Social Cohesion and Inclusion Through Multilingualism”, as well as taking part in an internal meeting with Arabic linguists from across Europe, to speak about advancements in Arabic language teaching in the European context.

I am proud to be representing Leeds and UK academia at such a big event.

For the 10th anniversary celebration or World Arabic Language Day, UNESCO chose “The Contribution of the Arabic Language to Human Civilization and Culture” as this year’s theme, hoping to shed light on the numerous contributions of Arabic to humanity’s cultural and linguistics diversity. 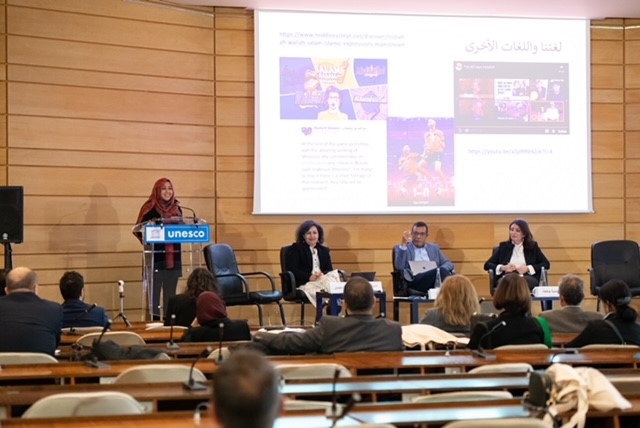 This celebration is being organized in collaboration with the Permanent Delegation of the Kingdom of Saudi Arabia to UNESCO, in partnership with the Sultan Bin Abdulaziz Al Saud Foundation.