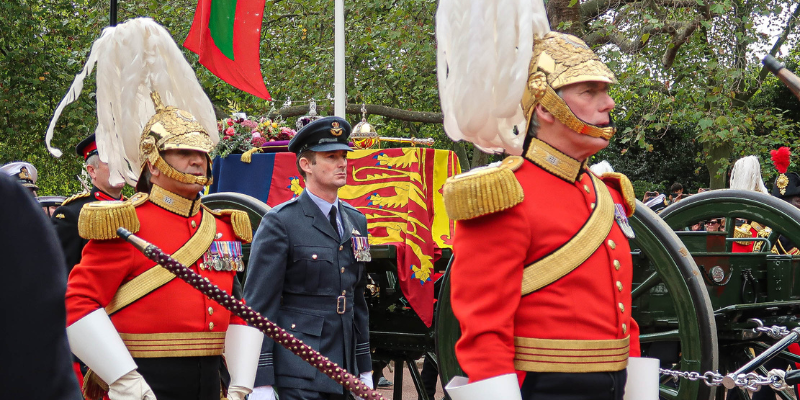 The death of Queen Elizabeth II on 8 September, 2022, united the nation in grief.

The days of mourning that followed saw people queue for 12 hours to file past the sovereign lying in state; flowers and tributes laid in parks and outside civic halls across the country; and the UK almost come to standstill on the day of the state funeral, with shops closed and people lining the funeral procession route.

The winding, seemingly neverending queue for to see the Queen’s coffin and the outpouring of grief on social media may have come as a surprise – but a University of Leeds researcher says these mourning traditions are way society heals following such a significant bereavement.

Judith Simpson, of the Faculty of Arts, Humanities and Cultures, says Britain has done what it needed to do to recover from the loss of the Queen – and face our own fears of death.

The Queen’s death, at 96, surprised no-one.  What did surprise many people, was the eagerness of the public to involve themselves in memorial events – whether this meant filing past the coffin, laying flowers in Green Park, watching the funeral service, or posting messages of support and affection on social media. 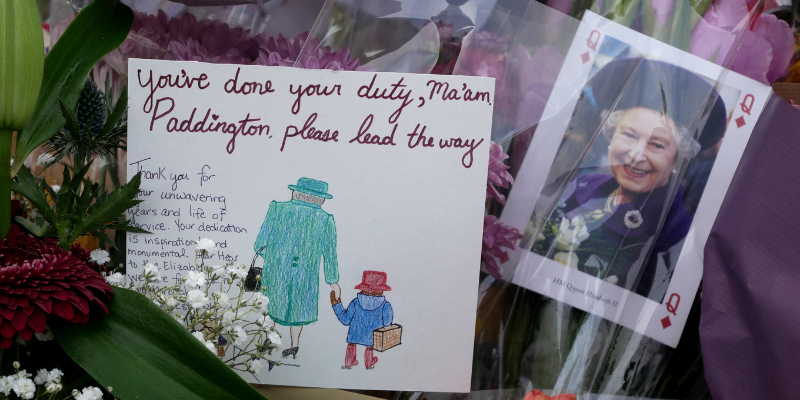 British society is often reticent about death and this sudden obsession with processions and tributes seems to need some explanation.  One way of approaching this is to take seriously the anthropological claim that mourning traditions are ways of addressing the problems and fears death evokes.

The death of any leader creates uncertainty about the future of the group, but the royal funeral procession is a theatrical device for repairing social structures.

The flags, the orb, the crown and sceptre represent the powers and responsibilities which are being transferred to the heir, while the procession of mourners ranked by relationships and status, displays and naturalises social relationships.

In this way, the procession reassures mourners that even though death has taken their queen, it cannot destroy the fabric of society.

The death of a leader also jeopardises a community’s sense of meaning, but the practice of idealising the deceased can mitigate this.

As people shared memories and paid tribute to Elizabeth, she came to symbolise all that British society holds dear.

This enabled participants in memorial events to experience what the historian Robert Bellah called “civil religion”: a vibrant and positive experience of group membership based upon the sacralisation of communal values and communal history.

Finally, death brings with it the reminder that we too must die.  In most societies this fear is met through assurances that death is not the end and should be met with hope, not dread.

In the last week this conviction was frequently expressed through memes of the Queen being welcomed to the afterlife by her husband or Paddington Bear.

In short, Britain has done what it needed to do to recover from the loss of our Queen.

We have reassured ourselves that life will go on, we have celebrated shared values and we have given ourselves courage.

Picture of tributes to Queen Elizabeth II via via Wikimedia Commons/Doyle of London.