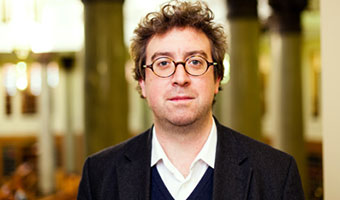 Colleagues will be sorry to learn of the death of Dr Martin Thomas, Deputy Head of the School of Languages, Cultures and Societies on Tuesday 18 January 2022,

Martin was appointed as Lecturer in the Centre for Translation Studies in October 2009, becoming its Director in 2012. He held many leadership roles within the School of Languages, Cultures and Societies – he was Director of Taught Postgraduates (2014-17) and Director of Student Education (2017-20). He was promoted to Associate Professor in 2020 and was appointed as Deputy Head of the School in September 2021.

Many across the University will remember Martin as a committed, passionate and caring colleague.

The full obituary can be found on the For Staff website.

Once the funeral arrangements are known, arrangements will be made to fly the flag on the Parkinson Building at half-mast in his memory.