Languages For All: The University of Leeds to take on management of ‘Routes into Languages’ regional hub 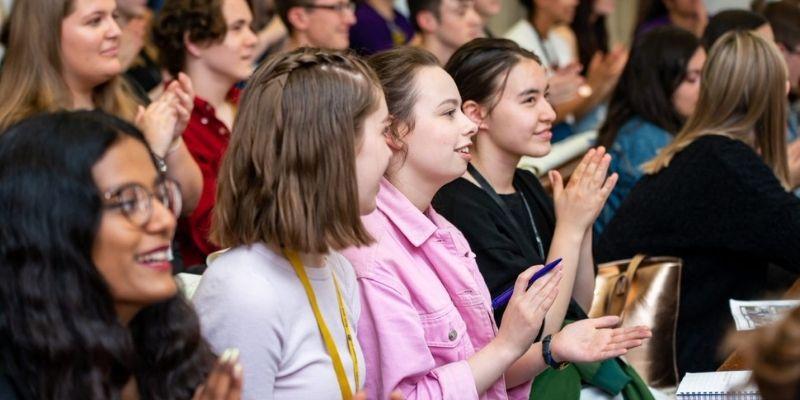 Routes into Languages (RiL) activities in the Yorkshire and Humber region are now to be coordinated by the School of Languages, Cultures and Societies at the University of Leeds (LCS).

A consortium is currently being formed in the region with universities, schools and civic partners, led by Bettina Hermoso-Gomez of LCS, and the hub will be officially relaunched in 2022.

Routes into Languages is an UK-wide network initially funded by HEFCE (2006–16) promoting the take up of languages through cooperation between universities, schools and colleges. The regional consortia are now managed by the University Council of Modern Languages whose Chair, Professor Emma Cayley, is also Head of LCS.

Leeds, as the biggest city in West Yorkshire, hosts five universities, three of which offer languages as part of their undergraduate or postgraduate degrees. In 2018, Leeds invested in a five-year cultural programme that will culminate in an international festival in 2023, showcasing the wealth and richness of its heritage. We are setting our sights on becoming a ‘City of Languages’ to celebrate all languages spoken across the region whilst bringing together teachers and community organisations in promoting the importance of learning other languages and cultures.

The University of Leeds continues to deliver outreach activities within the community. Already established and popular events such as Linguastars and Language and Business Competition amongst others continue to run alongside new projects to support the teaching community across the region and beyond. In October 2021 a new MFL teacher CPD online series was launched with many other activities to follow.