New Executive Dean for the Faculty of Arts, Humanities and Cultures 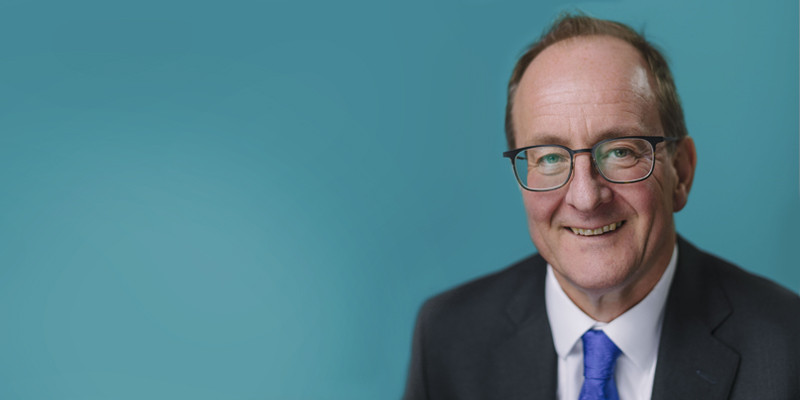 Professor Andrew Thorpe has been appointed as the next Executive Dean of the Faculty of Arts, Humanities and Cultures, and Professor of Modern History.

Professor Thorpe is a distinguished academic, and currently Pro-Vice-Chancellor and Executive Dean of the College of Humanities and Professor of Modern British History at the University of Exeter.

He is also a member of the Vice-Chancellor's Executive Group, and has responsibility for about a fifth of the University’s student population.

His academic interests centre on the history of British politics in the 20th and 21st centuries, the history of party (notably the Labour Party), policy making, and international Communism.

His most recent books include an analysis of the major parties in Britain during the Second World War, and an edition of the diaries of a Liberal MP.

He is a Fellow of both the Royal Historical Society and the Higher Education Academy.

Andrew Thorpe is a leading academic and a highly experienced academic leader with a strong commitment to the place of universities in our cultural, social and economic life.

In a substantial career in academic leadership at Exeter, Professor Thorpe has been responsible for the College of Humanities' 2014 REF submission.

He was also Exeter’s lead on the successful application for the first round of Arts and Humanities Research Council (AHRC) Doctoral Training Partnership funding, which secured £14.2 million to set up the South, West and Wales AHRC DTP.

Professor Thorpe has worked to develop significant international partnerships in Asia, including joint projects with a top 10 university in India which focus on digital humanities, and a split-site PhD programme.

Exeter’s College of the Humanities has a ground-breaking partnership with London Film School and Professor Thorpe’s close working relationship with STEM subjects include the development of the Wellcome-funded Centre for Cultures and Environments of Health, in conjunction with Exeter’s Medical School.

He has also been leading on the development of a new Arts and Culture Strategy for the University of Exeter, in collaboration with the City Council and local cultural organisations.

Leeds’ Faculty of Arts, Humanities and Cultures has one of the broadest portfolios in the arts and humanities, and the creative arts and technologies, of all the research intensive universities in the UK. It is rated 70th in the world.

It has achieved excellent results in recent years through European, UKRI and Wellcome grant funding, including major wins in the Industrial Strategy Challenge Fund and the Global Challenges Research Fund.

Recent successes also include the AHRC Doctoral Training Partnership with York and Sheffield, and the first Centre for Cultural Value in the UK, funded by the AHRC, Arts Council England and Paul Hamlyn Foundation.

Welcoming the appointment, Vice-Chancellor Sir Alan Langlands said: "Andrew Thorpe is a leading academic and a highly experienced academic leader with a strong commitment to student education, research and innovation and the place of universities in our cultural, social and economic life – he understands the symbiotic nature of the relationship between regional and international development and the importance of looking outwards.

“I very much look forward welcoming him to the Faculty and as a member of the University Executive Group.

“Andrew also has a proven track record of working across disciplines, institutions and continents, and is highly respected in the wider academic community for promoting and achieving high standards of education and research.

“He has a particular interest in student mental health and wellbeing, and the importance of equality, diversity and inclusion, all of which aligns with the University’s core values.”

The opportunity to work with such a wide range of colleagues, and to support them and their students in pursuing disciplinary and interdisciplinary excellence, is exhilarating.

A truly global reach and role

Professor Thorpe said: “I am delighted to be joining the University of Leeds as Executive Dean for Arts, Humanities and Cultures. The University is at the forefront of academic life in the UK, and is an outstanding place at which to study and work.

“The Faculty has an almost unparalleled range, depth, and quality of activity right across the disciplinary waterfront of the arts, humanities and cultures.

“The opportunity to work with such a wide range of colleagues, and to support them and their students in pursuing disciplinary and interdisciplinary excellence, is exhilarating.

“As one of the UK’s largest and most diverse cities, and one of its premier centres for arts and culture, it offers very significant advantages and possibilities, not least in terms of widening participation, research impact and new programme development.

“The arts, humanities and cultures are fundamental to the future of a diverse, tolerant and inclusive society, and the Faculty has a major role to play in that enterprise.

“I will seek to lead the Faculty in a spirit of collaboration, kindness, and mutual respect, as we look to meet and overcome the challenges that face us.”

Professor Thorpe will take up post as Executive Dean of the Faculty of Arts, Humanities and Cultures on 1 January 2020. The University is hugely grateful to Professor Frank Finlay for agreeing to remain in post until 31 December 2019.