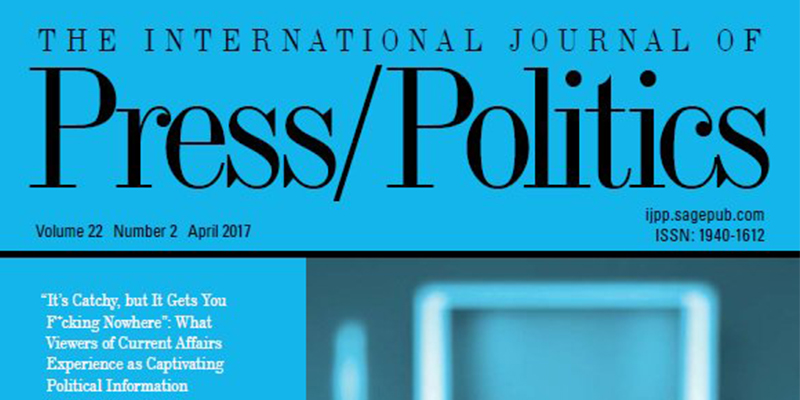 Professor C.W. Anderson has been named an Associate Editor of the International Journal of Press/Politics, a leading journal in the field of political communication.

He will serve under Editor Dr Cristian Vaccari and alongside Dr Sandra González-Bailón and Professor Sonia Lecheler.

Writes Vaccari: “When I was appointed Editor-in-Chief of the International Journal of Press/Politics, I returned to the “big tent” approach that inspired its founding editors, Marvin Kalb and Pippa Norris, and reformed the governance of the journal to ensure it can continue growing and thriving."

The International Journal of Press/Politics is an interdisciplinary journal for the analysis and discussion of the role of the press and politics in a globalised world. The journal publishes theoretical and empirical research which analyses the linkages between the news media and political processes and actors.