Conference: Refugees and Exile: Commemorating the 80th Anniversary of the End of the Spanish Civil War 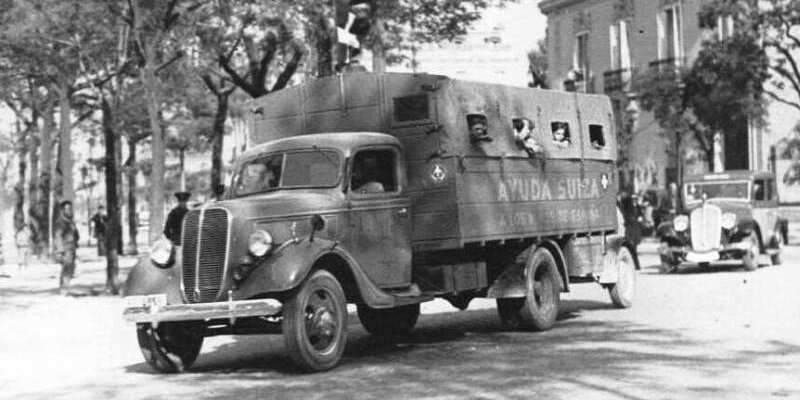 Conference on exile and repression in the twentieth century to commemorate the eightieth anniversary of the end of the Spanish Civil War.

On 27 and 28 March 2019, the University of Leeds will host a conference on exile and repression in the twentieth century. The event is timed to commemorate the eightieth anniversary of the end of the Spanish Civil War and will have a specific focus on Spaniards in exile after the conflict. The final part of the first day of the conference will feature Postgraduate Researchers and Early Career Researchers working on Spanish exile after the civil war, while the second day will host prominent historians working on this topic. Professor Sir Paul Preston will be the keynote speaker on 28 March. Ticket holders are free to attend all or part of the conference.

Charlotte Eaton (LSE): ‘The British Government and the Evacuation of the Basque Children, 1937’

Maria Vasquez-Aguilar (University of Sheffield): ‘Exiles in Action: Political activism amongst the Chilean Refugees in the UK, 1973-2013’

Diego Gaspar (University of Zaragoza): 'Spanish Exiles and Transnational Soldiers. From the French Internment Camps to the Free French Forces'

Olga Glondys( Complutense University of Madrid): ‘The Transatlantic Left and the Anti-Franco Struggle: Cold War Polemics in the 1961 Amnesty Campaign’

12:00-14:00: Roundtable Discussion: Refugees and Exile, “Everything changes, but nothing changes at all”

Scott Soo (University of Southampton), 'Reflections on "collective memory": the Spanish Republicans and the Second World War in France'

Mercedes Yusta (Université Paris): ‘Exile as a transnational political space for women: the case of the Union de Mujeres Españolas’

18:30-19:30, Keynote: Professor Sir Paul Preston (LSE): ‘The Last Days of the Spanish Republic’ – Leeds Central Library (this keynote is ticketed separately and has now sold out)