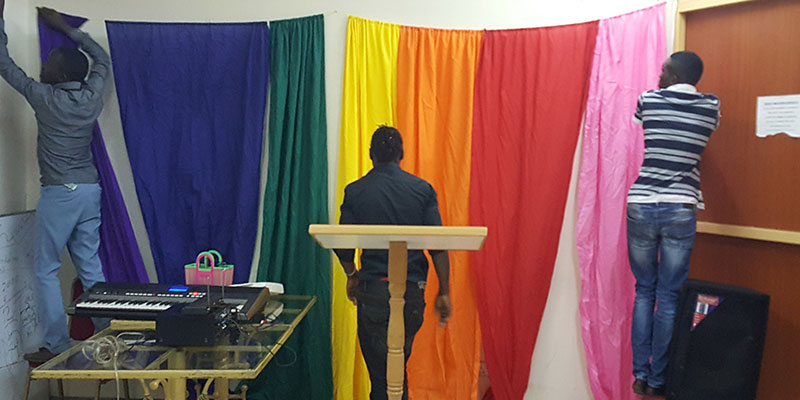 You are warmly invited to attend the launch of Adriaan van Klinken’s recent book.

The Leeds University Centre for African Studies and the Centre for Religion and Public Life warmly invite you to attend the launch of Adriaan van Klinken’s recent book Kenyan, Christian, Queer: Religion, LGBT Activism, and Arts of Resistance in Africa.

Blackwell’s bookshop will provide a bookstall with copies of the book (at a discount price). To attend the book launch, please RSVP to Sarah Ashbridge (Leeds University Centre for African Studies).

Popular narratives cite religion as the driving force behind homophobia in Africa, portraying Christianity and LGBT expression as incompatible. Without denying Christianity’s contribution to the stigma, discrimination, and exclusion of same-sex-attracted and gender-variant people on the continent, this book presents an alternative narrative, foregrounding the ways in which religion also appears as a critical site of LGBT activism.

Taking up the notion of “arts of resistance,” Kenyan, Christian, Queer presents four case studies of grassroots LGBT activism through artistic and creative expressions—including the literary and cultural work of Binyavanga Wainaina, the “Same Love” music video produced by gay gospel musician George Barasa, the Stories of Our Lives anthology project, and the LGBT-affirming Cosmopolitan Affirming Church. Through these case studies, Van Klinken demonstrates how Kenyan traditions, black African identities, and Christian beliefs and practices are being navigated, appropriated, and transformed in order to allow for queer Kenyan Christian imaginations.

Transdisciplinary in scope and poignantly intimate in tone, Kenyan, Christian, Queer opens up critical avenues for rethinking the nature and future of the relationship between Christianity and queer activism in Kenya and elsewhere in Africa.

Adriaan van Klinken is Associate Professor of Religion and African Studies at the University of Leeds, where he also serves as Director of the Leeds University Centre for African Studies and of the Centre for Religion and Public Life. He is the author of Transforming Masculinities in African Christianity: Gender Controversies in Times of AIDS and co-editor of several books, including Public Religion and the Politics of Homosexuality in Africa and Christianity and Controversies over Homosexuality in Contemporary Africa.

Paschal Gumadwong Bagonza is a PhD student at De Montfort University, Leicester, Centre for LGBTQ Research. His research explores the lived and embodied experiences of lesbian, gay, bisexual, trans or queer asylum seekers and refugees in the UK. Paschal has worked as a Visiting Lecturer, and Associate Lecturer on the BA/MA Social Work programme.

Dr Chris Greenough is Senior Lecturer at Edge Hill University and has research interests in gender, sexuality and religion, especially in queer theory and queer studies. Among his publications are Undoing Theology: Life Stories from Non-normative Christians (SCM Press, 2018) and Queer Theologies: The Basics (Routledge, 2019). 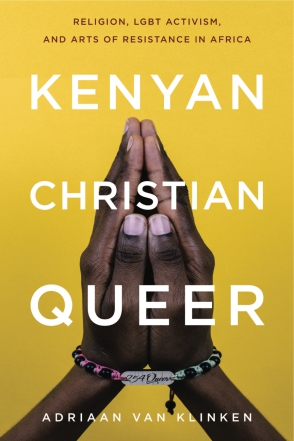 School of Philosophy, Religion and History of Science - Wednesday 15 February 2023