The Lived Female Body in Performance 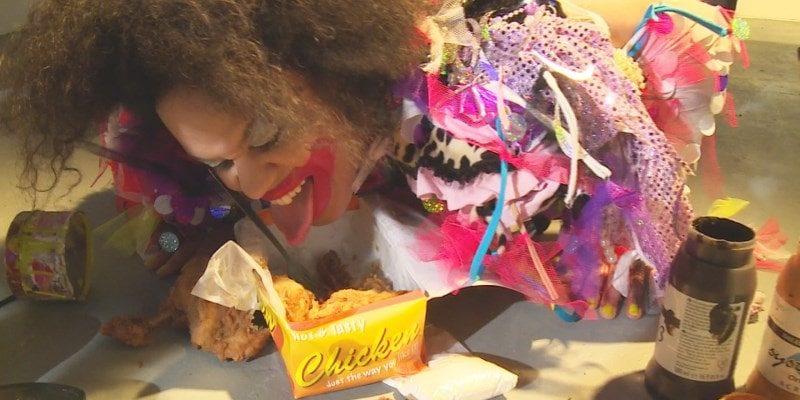 Registration is now open for the symposium on the Lived Female Body, organised by the Bodies and Performance Research Group in the School of Performance and Cultural Industries.

The symposium explores the lived female body as it is experienced, felt, represented, performed and understood. With reference to scholarly work on the grotesque (Russo), the abject (Kristeva), impurity (Douglas), fluidity (Irigaray), and viscosity (Grosz), we will consider the ways that the female body has been constructed as fleshy, as seepage and as visceral. These ideas are very much embedded in a 1990s context that used laughter, unruliness and excess to challenge sterile notions of the nude passive female body. It could be argued that these ideas nevertheless reduced female subjectivity to an essentialist notion of body fleshiness that privileged white, cis-gendered Western bodies. Yet this context of performance and scholarly work still clearly resonates with the current context where unruly female flesh – that is old, diseased, fat, licentious, infertile, dead – is still an object of shame, repulsion or exotic fascination.

The range of papers and practice demonstrations consider to what extent ideas about the fleshy body continue to resonate in a 21st century, digital, post-feminist context? Debates around period tax, access to sanitary products in food banks, breastfeeding in public, the ageing female body, trans rights, abortion, reproduction and body shaming evidence that the female body is still heavily framed and regulated within legislation, and by cultures of morality and shame. We ask, then, how can performance practice and scholarship interrogate and negotiate these conceptions of the lived female body?

The symposium will include a live performance by Quilla Constance titled Strategies for Exploring and Asserting Dissent and new performance work by Anna Fenemore on death, dying and deadness.

The programme for the symposium can be found here

Tickets can be purchased from the University of Leeds online store.

If you have any queries or to request further information please contact Dr Jenny Lawson: J.A.Lawson@leeds.ac.uk

More than a Launch: Routledge Companion to Audiences and the Performing Arts