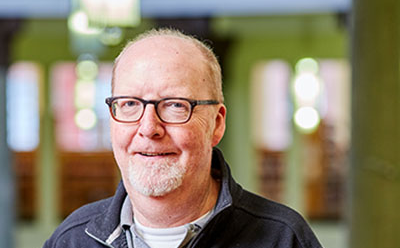 The School of Music’s Dr Simon Warner decodes why the song provokes such an emotional response from fans.

Speaking to the Yorkshire Evening Post, Dr Warner details the various ingredients that have made the 1996 song Three Lions (Football’s coming home) from Frank Baddiel, David Skinner and the Lightening Seeds so popular. “It’s musically straightforward and it’s got lyrics that are nostalgic and moving.”

Dr Simon Warner, a visiting research fellow in popular music at the School of Music, continues, “In 1996 when the song emerged, it became associated with a very close run in the Euros that year. English football fans have hung their hat on that, because we came so close to getting to the final, and the song was a huge hit”.

He added that the simple 'it's coming home' refrain is full of "choral possibility"; a simple hook that fans can join in with.

I would say that fans can easily sing the song, but hearing some of the renditions I’m not sure!

“The song has an anthemic quality, a simplicity that people can latch onto, and it has lyrical content that is quite touching and emotionally affecting. Three lions has become a banner for which England fans can pin their colours,"