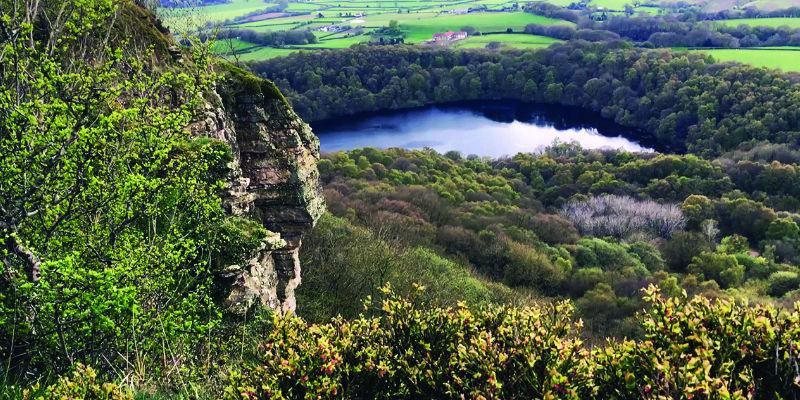 CuratorSpace is working with Leeds Big Screen to showcase artists with a connection to Yorkshire who work in film and video.

Throughout October, a series of films by eight different artists will be screened daily, 1pm and 6pm, in Millennium Square in Leeds.

Sharon Harvey, a recent MA Fine Art student from the University of Leeds, is one of eight artists to be showcased this month in this new partnership.

Her film, Gormire, explores the black waters of Lake Gormire, North Yorkshire, which are steeped in dark superstition and folklore. Liminal spaces exist here, acting as a portal or gateway to the underworld. Lens-based media is used to invoke otherworldly elements, both actual and spiritual that lie within the beautiful, yet troubled landscape.

Sharon was born and bred in Yorkshire (Scarborough). She gained a BA(Hons) Fine Art at Central Saint Martins in London and recently completed an MA in Fine Art as a part-time student in the School of Fine Art, History of Art and Cultural Studies.

"I'm thrilled to have my short film Gormire showcased by Leeds Big Screen. The Yorkshire landscape is beautiful, a real tourist hot-spot — but it has a dark side. There exists a haunted otherworld that I aim to invoke through photography and film."

Chris Taylor, Professor of Fine Art Practice in the School of Fine Art, History of Art and Cultural Studies, said:

"Sharon Harvey's Gormire is the result of much discussion and critique during the MA Fine Art programme around the still image and the cinematic, silence versus sound.

"The final cut presents a two-act narrative (above and below) with an expansive sound score that culminates in a double-ended and inverted experience."

Other artists screening their work include Ayse Balköse, Alice Bradshaw, Rhian Cooke, Tony Maj, Alistair Macdonald, Janey Walklin and Kenneth Yates. All eight films, including Sharon Harvey's Gormire, can be viewed every day from 1pm and 6pm on the big screen in Millennium Square until the end of October.

More information can be found here.