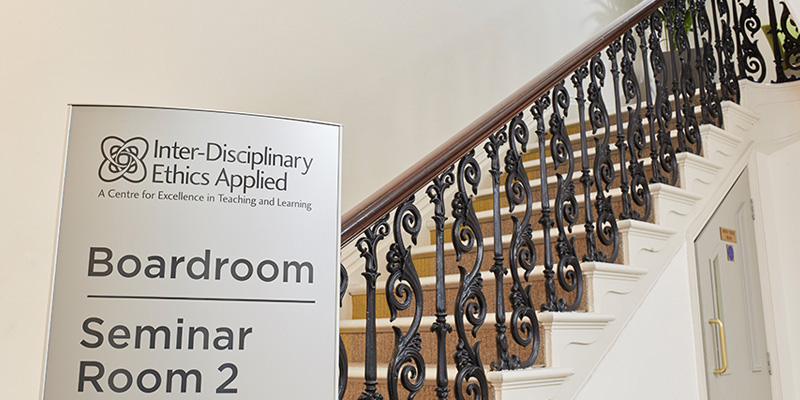 Robbie Morgan from the University of Sheffield discusses the complexities of defining 'sexual act'.

"Catharine MacKinnon (1989: 320) argues that popular ideology surrounding sex holds that “whatever is considered sexuality should be allowed to be expressed. Whatever is called sex is attributed normatively positive valence, an affirmative valuation”. In this talk, I argue that MacKinnon’s charge presents a compelling problem for philosophers’ attempts to define ‘sexual act’.

I discuss three attempts by philosophers to define ‘sexual act’, offered by Alan Goldman (1977), Igor Primoratz (1999), and Jonathan Webber (2009). I argue that each of these identify contact as sexual when it involves some positively-valanced feature; if an act is sexual, then it involves some prima facie positive feature.

I then argue that this approach rests on an assumption that is rationally arbitrary because it privileges one set of experiences while excluding others. I draw on recent empirical research into experiences of unwanted or displeasurable (consensual) sexual contact to argue that Goldman, Primoratz, and Webber exclude an important and statistically common range of experiences. I argue that their move to identify sexual acts by reference to some positively-valenced feature is therefore unjustified.