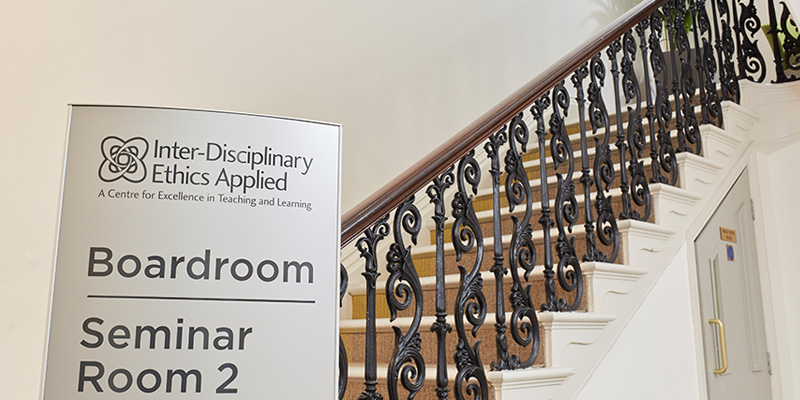 The Inter-Disciplinary Ethics Applied Centre invites you to our research seminar this Wednesday. Tadhg Ó Laoghaire will be discussing issues of upholding justice in trade agreements.

There are just and unjust outcomes of a trade agreement, and there are also just and unjust ways of producing such an agreement. While philosophers have done a reasonable amount of work on what counts as a just outcome in trade, the procedural issue has been somewhat neglected. In this talk, I’ll defend the importance of procedural justice in trade, before focusing on one of the major issues that needs to be resolved, namely within which forums states should negotiate trade agreements.

While the World Trade Organisation (WTO) is often the focal point of theories of trade justice, its current stasis, as well as the proliferation of regional and bilateral trade agreements, suggests that we need to engage seriously with the respective merits of each way of regulating international trade. I’ll lay out the considerations that matter when determining what justice requires in forum-selection, and if you’re lucky I’ll even suggest some tentative conclusions.