Media and foreign powers in Africa 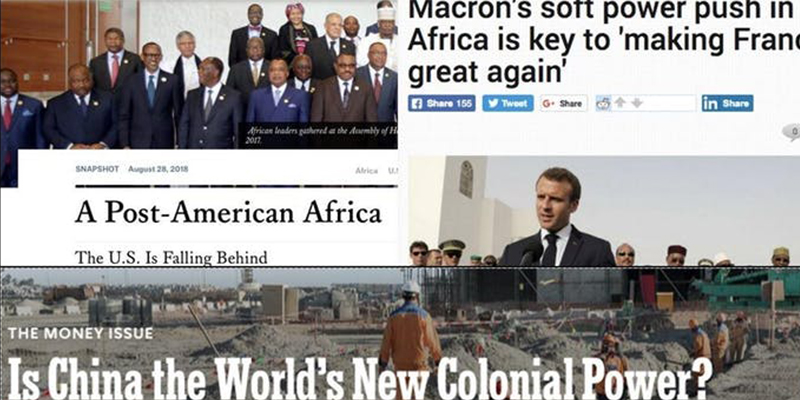 Who tells the story of new Chinese and American expansions across Africa? What narratives about those foreign involvements dominate the global news agenda?

Are these relationships framed as partnerships or new forms of exploitation? How do those foreign involvements disturb or support the 'Africa rising' narrative in international media?

This event brings together Africanist scholars and media professionals to discuss the global media representation of foreign involvements in Africa and envision how to empower a wider range of perspectives and African voices in discussion of the role of foreign powers in Africa.

Contemporary commercial and military interactions between African countries and large powers like the US, France, and China, are variously depicted as exploitative neo-imperialism bringing little benefit, or as welcome ‘partnership’ under African control; respectively disrupting or reinforcing the emergence of an optimistic 'Africa rising' narrative and the image of an autonomous Africa.

A round table discussion will be hosted by Dr Chris Paterson and Dr Toussaint Nothias, co-investigators in the British Academy project: 'contested discourses of Africa rising: the struggle for control of the image of the foreign partner'.

The event is free to attend but please register as spaces are limited. For further information contact Dr Chris Paterson.