Gardening in Biotopia: forgotten histories of the genetic century

In the USA, the early decades of the early twentieth century saw an explosion of interest in the idea that evolution could be brought under control. At sites ranging from the Station for Experimental Evolution at Cold Spring Harbor, via “a Washington backyard”, to Luther Burbank’s experimental gardens in Santa Rosa, California, came reports of “wonders” such as new plant species being created. As one journalist wrote: “the plant-world is plastic to human touch, and that we may shape it at our will. We hold a master hand in the game of evolution”. I will argue that we can trace these claims from the sober reports of scientists to their funding bodies to newspaper hype and utopian fiction – and back again. By examining these sources and the diverse range of “interpreters” who helped make sense of science for an equally diverse range of audiences, it becomes clear that the language in which we still talk about the possibilities of new biological technologies was shaped in these decades during debates over a host of rival evolutionary ideas that have been erased from the accepted histories of the century of the gene.

School of Philosophy, Religion and History of Science - Wednesday 25 November 2020 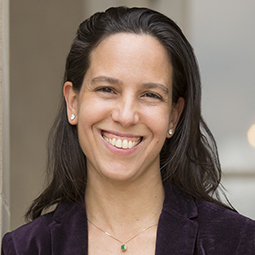 School of Philosophy, Religion and History of Science - Wednesday 9 December 2020