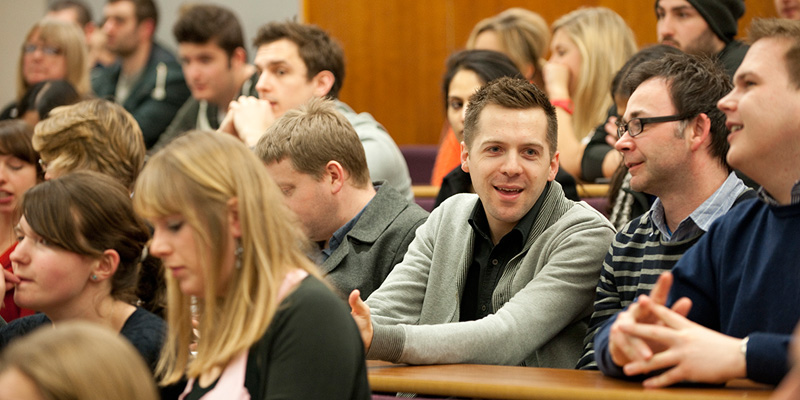 A response to the lecture will be offered by Charity Hamilton, PhD student in Theology and Religious Studies at the University of Leeds working in the field of body theology.

The lecture is open to students and staff from the University and to anyone else with an interest in the subject.

Following the lecture, there will be a drinks reception.

Pentecostalism, like many other Christian traditions, is well known for its fixation with doctrinal dualisms which enforce a separation of body and spirit, and a Puritan sexual ethic. These conservative sexual norms have led to the policing of bodies and sexual practices. As a result, instead of encouraging safer sexual practices, Pentecostal churches, in South Africa and elsewhere, have been known to enforce abstinence outside of marriage or sexual restrictions within it, thus marking sex in general as “indecent”. However, drawing on Michel Foucault's challenge to the repressive hypothesis, this lecture suggests that so-called repressed sexuality finds “appropriate” outlets, not only in spaces such as psychiatry and prostitution (a la Foucault), but also within Pentecostal spaces

While particular sexual discourses may be constructed as indecent and contaminated as “sin,” liturgical and deliverance practices ironically signify erotic relationships between the divine and the believer. Proceeding with an “indecent” theological lens, as proposed by Marcella Althaus-Reid, the lecture draws attention to Pentecostalism’s liturgical practices, and how they ironically and unconsciously open up possibilities for more embodied, real and sexed experiences of the divine. Through an analysis of how bodies and rituals are marked by discursive practices within the songs and performances in Pentecostal churches,  and an examination of a South African blasphemy case, this lecture lays bare the critical spaces available for more embodied theologies – ‘sexual healing’ that perhaps even the worshippers themselves have unconsciously ignored.

Sarojin Nadar holds the Desmond Tutu Research Chair at the University of the Western Cape in Cape Town, South Africa, where she is also Director of the Desmond Tutu Centre for Religion and Social Justice.

An internationally acclaimed scholar, she has widely published at the intersections of gender studies, religion and theology, including gender-based violence, sexual and reproductive health, and most recently critical pedagogy in higher education. As an activist-academic she is committed to transdisciplinary socially engaged scholarship. Her scholarship was recently recognised by the South African National Research Foundation, who awarded her a Tier 1 Research Chair under the SARChI programme – the highest accolade a South African academic can receive.

Sarojini Nadar graduated with a BA degree from the University of Cape Town (UCT) in 1996. Her majors were in English Literature and Religious Studies. She obtained a Bachelor of Social Science (Honours) in 1997 and her Masters of Arts in 2000 in the area of Biblical Literature, also at UCT. She obtained her PhD in 2003 from the erstwhile University of Natal (now the University of KwaZulu-Natal), where she established her career and was promoted to Full Professor in 2014. In 2016, she was appointed in her current position at the University of the Western Cape.

School of Philosophy, Religion and History of Science - Wednesday 12 May 2021

School of Philosophy, Religion and History of Science - Wednesday 12 May 2021

School of Philosophy, Religion and History of Science - Wednesday 19 May 2021