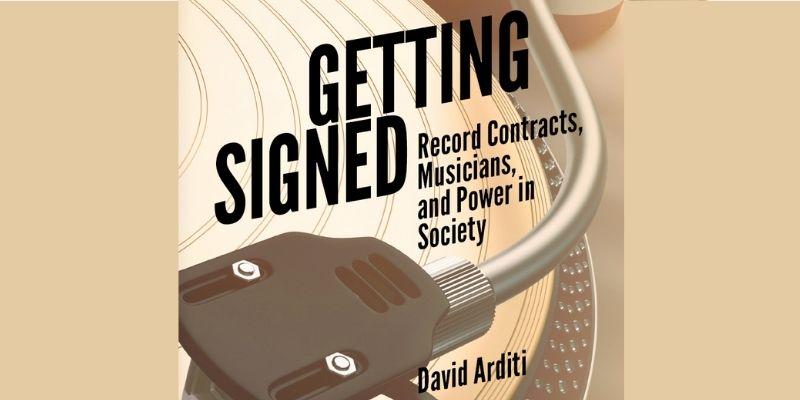 Record contracts have been the goal of aspiring musicians since Ralph Peer started signing blues and country artists in the 1920s. Many people think that the core logics of record contracts are no longer important because of alternative distribution forms. In Getting Signed: Record Contracts, Musicians, and Power in Society, David Arditi intervenes in this narrative by demonstrating that musicians continue to believe that record contracts are catalysts to success. While this may have different meanings for different musicians, many musicians possess the feeling that a record contract will make them rich and famous. This is the “ideology of getting signed,” a social phenomenon that exists outside individuals and persists across time. Furthermore, the ideology exists throughout society as the major aspirational achievement that non-musicians expect musicians to pursue.

Whereas the route to a record contract used to be through bars/small venues on regional and national tours, now record labels sign young artists who are viral sensations as a result of their social media reach. Simply put, streaming platforms favor virality over everything else.

David Arditi is an Associate Professor of Sociology and Director of the Center for Theory at the University of Texas at Arlington.

His research addresses the impact of digital technology on society and culture with a specific focus on music.

He is author of Streaming Culture: Subscription Platforms and the Unending of Consumption, Getting Signed: Record Contracts, Musicians and Power in Society, and iTake-Over: The Recording Industry in the Streaming Era and co-editor of The Dialectic of Digital Culture with Jennifer Miller. He serves as editor of the journal Fast Capitalism and the book series Critical Perspectives on Music and Society.

Please contact mediaresearchsupport@leeds.ac.uk before 12pm on 24 November to request an invitation.