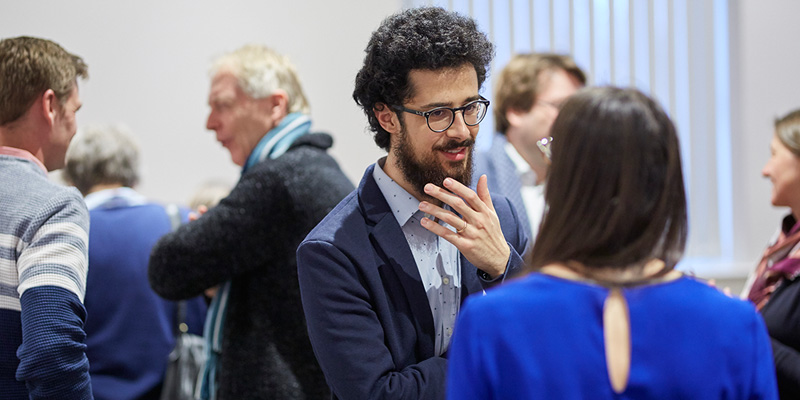 A three-year University of Leeds project overseen by Principal Investigator Professor Julia Barrow will conclude with a conference titled 'Rethinking Reform' at Ghent University in May 2019.

Hosted by the School of History, University of Leeds, the three-year project Rethinking Reform 900-1150: Conceputalising Change in Medieval Religious Institutions establishes a collaborative research partnership between seven universities across Northern Europe. The project is funded by the Leverhulme Trust, and asks how we should conceptualise the programme of institutional changes that swept the Western church 900-1150.

The now-universal label 'reform' is a modern creation, and conceals more than it reveals. Making use of dialogue across historical periods and new methodologies, this proejct investigates both how changes were conceptualised by contemporaries and why the concept of reform emerged as tthe main interpretative tool in the modern historiography of the Middle Ages.

This conference at Ghent University (Belgium) will bring the participatory element of the project to a close in May 2019.

The international conference Rethinking Reform: Towards a New Understanding of Religious Change, 900-1150 concludes this project and will be held at Ghent University from 24-25 May 2019. The conference objectives are threefold. One is to draw conclusions from the previous activities of the project and identify promising inroads for future enquiry on reform in the high Middle Ages. A second is to establish, by means of a collective effort, a cohesive account of the current state of reform studies for the period between c.900 and 1150. The third is to present draft versions of chapters dealing with the above questions for a forthcoming, paradigm-changing volume provisionally titled Reform in the High Middle Ages (900-1150).

The programme is finalised, and registration is now open.

Postgraduate research students, early career researchers, and established academics are welcome. The conference is free to attend, but registration via contacting the organiser, Professor Dr Steven Vanderputten (steven.vanderputten@ugent.be) is essential.

The network parters for this project include the following: