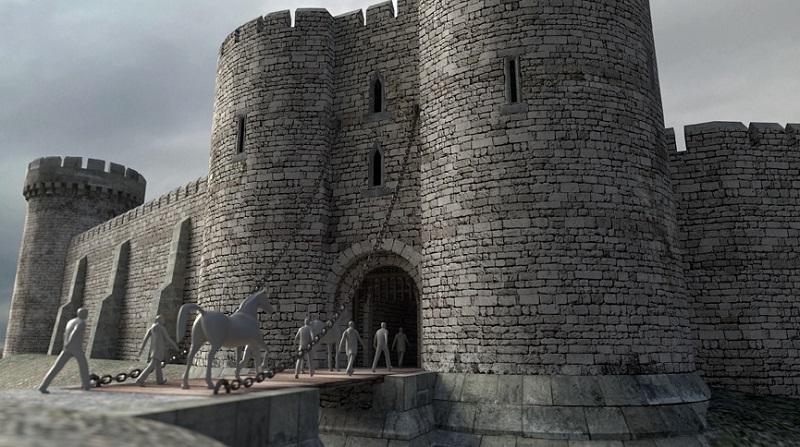 The Medieval Group is the oldest medieval studies-related association at the University, and is run by a committee of volunteers from among the staff, PhD, and MA students in the Institute for Medieval Studies (IMS). The Group runs various events, from a seminar series to trips to sites of medieval interest, and invites speakers from a wide range of interdisciplinary topics.

Lectures and workshops are held in the Le Patrouel Room (4.06) on the fourth floor of the Parkinson Building. Meetings start at 17:00 with tea and biscuits, with the speaker beginning promptly at 17:30. For further information, contact Melanie Brunner (M.Brunner@leeds.ac.uk).

Dr John Moreland (University of Sheffield) will present the lecture 'Sheffield Castle - Archives, Excavations, and Augmented Reality, 1927-2018'. Moreland will discuss the results of University of Sheffield research on the unpublished archives of excavations carried out on the site of Sheffield Castle between 1927-30, and between 1958-1960. This research has provided significant insights not only into the history of the castle, but also into the practice of archaeology in the first half of the 20th century. It has also helped debunk some myths about the origins and development of the castle.

Moreland will conclude the talk by discussing the results of the recent (Autumn 2018) excavations carried out by Wessex Archaeology North, and reflect on their implications, not only for our understanding of the Middle Ages in Sheffield (and beyond), but also for the role of the medieval past in the urban regeneration of the 21st century.

Moreland's research interests include the use of writing in Antiquity and the Middle Ages, the role of images in medieval and early modern societies, the transition from late Antiquity to the Middle Ages in Europe, the archaeology of the Reformation, and Sheffield and its region in the Middle Ages. A Professor of Medieval Archaeology and Head of Department at the University of Sheffield, Moreland has published extensively and is currently involved with multiple research projects and collaborations.

The next event in the Medieval Group series is a lecture delivered by Dr Simon Hewitt (University of Leeds), held on 25 March 2019.