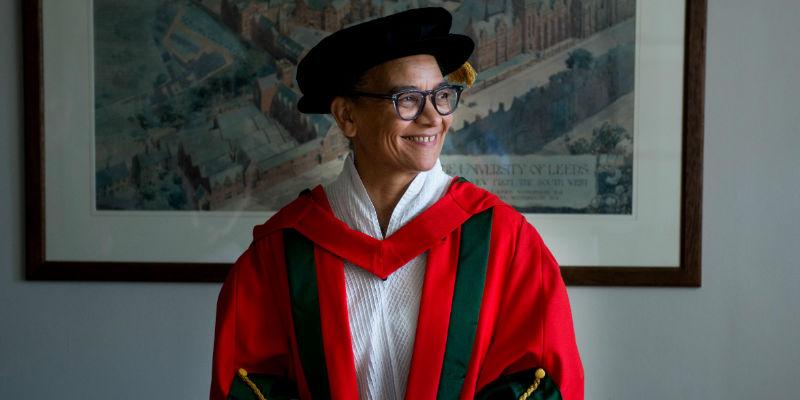 Turner Prize winning artist, Professor Lubaina Himid, was honoured with one of higher education’s most prestigious awards alongside undergraduates at our School’s graduation ceremony on 22 July.

Professor Himid is one of six leading figures from the worlds of science, the arts and industry to be the recipient of an honorary degree from Leeds this summer.

“We are delighted that that Professor Lubaina Himid accepted our invitation to receive an honorary degree from the University of Leeds and that she joined us at our School graduation ceremony on the 22 July.

“This added an extra special dimension to our students' day of celebration and we were honoured to hear her thoughtful and moving speech. She is an inspiration to all of us in the School of Fine Art, History of Art and Cultural Studies.

“Lubaina was presented at the degree ceremony by Professor Griselda Pollock who has written extensively on Lubaina Himid's work since the 1990s.” 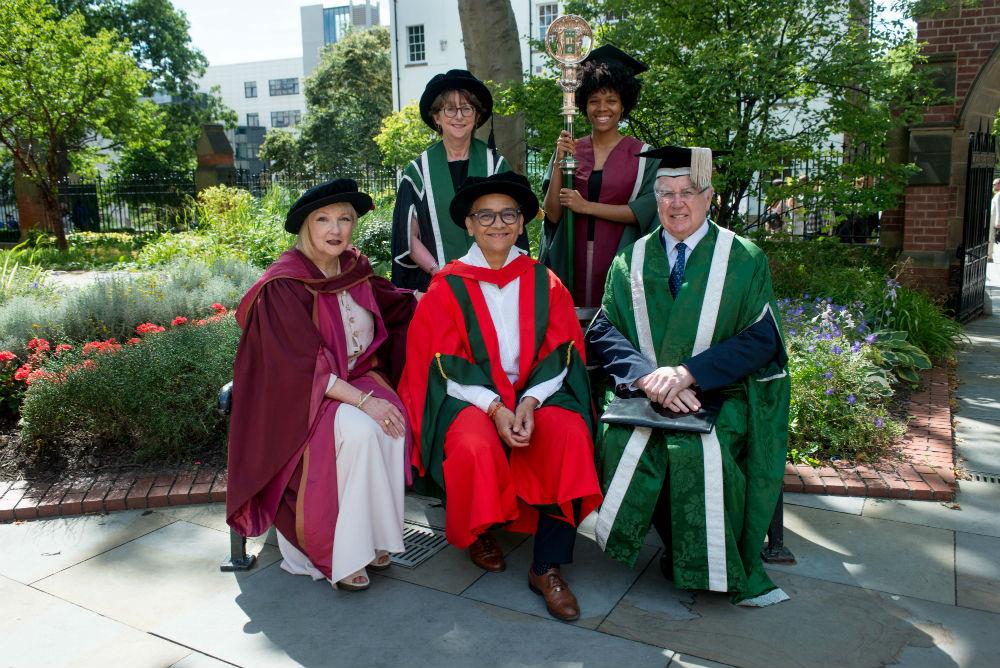 “Lubaina Himid has been a long-term friend of our School, working with staff and students since 1985. She has worked ceaselessly as both an artist and a curator, seeking to ensure the visibility of many other Black women artists of her own generation while also supporting emerging Black artists.

“Lubaina Himid is now hailed as one of the most important and internationally admired artists of our day. She was awarded the prestigious Turner Prize in 2017, a much deserved acknowledgment of her extraordinary range as an artist addressing the complex histories of Europe's relation to Africa and African peoples as well a challenging contemporary racism in both art and the media.

“She was fêted in 2018 as the star of Art Basel, and her first solo show in the USA — Work from Underneath — has just opened at the prestigious New Museum in New York. She featured in the critical success of the Berlin Biennial in 2018, when she also had exhibitions at the Baltic in Newcastle, MRAC in France and Badischer Kunstverein in Germany.

“Lubaina Himid took on The Guardian, tracking their representations of black people every day for a decade (2007-2017) and being finally made artist in residence at the newspaper in 2018 ― a residency which radically changed their editorial and production practice. 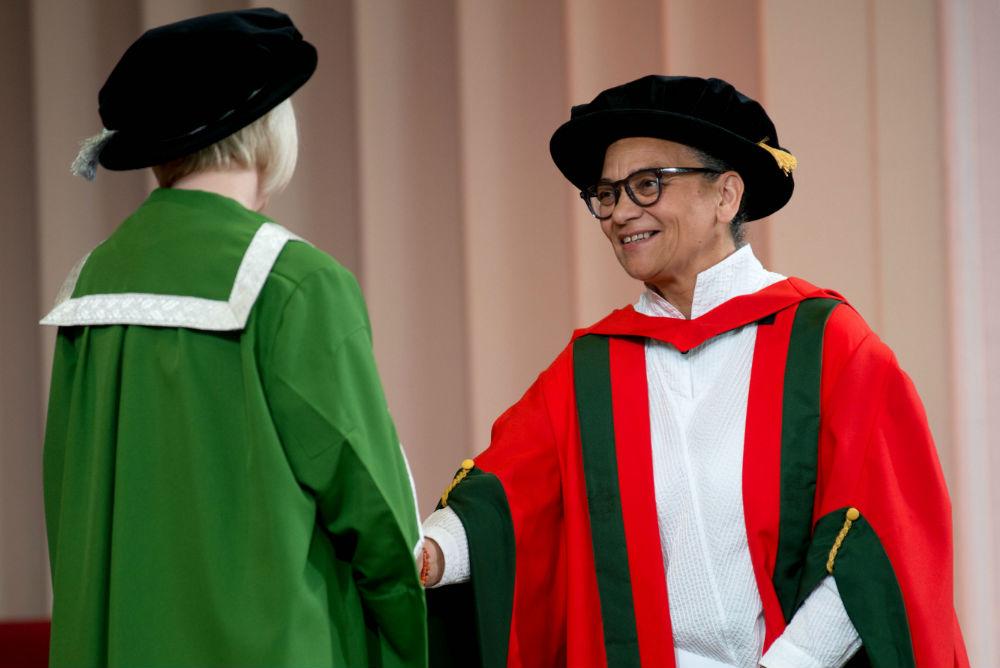 “As a painter, Lubaina Himid has been deeply engaged with many aspects of her equally British cultural heritage and history through creating a special place in the history of colour in British painting.  She was a guest on Desert Island Discs last month, where she talked about the past, her influences, making at and the impact of winning the Turner Prize.

“Lubaina Himid has worked indefatigably to assist the careers and visibility of Black British women artists through curation and archive building. Making Histories Visible is a major research resource for the study of rich and varied careers and contributions by Black artists and thinkers.

“An inspiring teacher, Lubaina Himid has used her practice to provoke us to think through the burdens of dark histories and resilience of cultural resistance. She has made a major contribution to the School of Fine Art, History of Art and Cultural Studies over thirty years as speaker, examiner, exhibitor and mentor. Her generosity with time and advice has enhanced the work and careers of many Leeds artists and art historians.

“Lubaina Himid is, in short, a brilliant artist and a fearless thinker. We were thrilled to share our graduation day with Lubaina Himid, celebrating her achievements alongside those of the students in our School.” 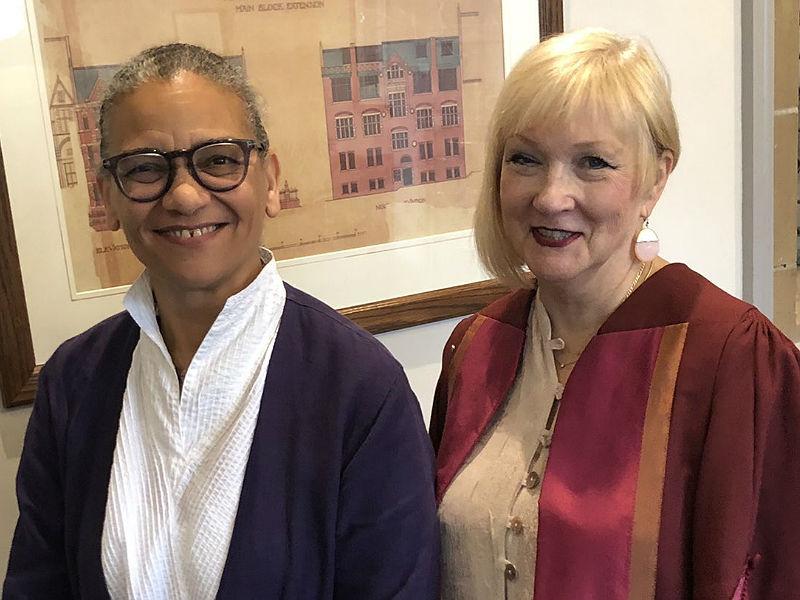