IMS in Conversation: Writing History in the Medieval Islamic World: The Value of Chronicles as Archives 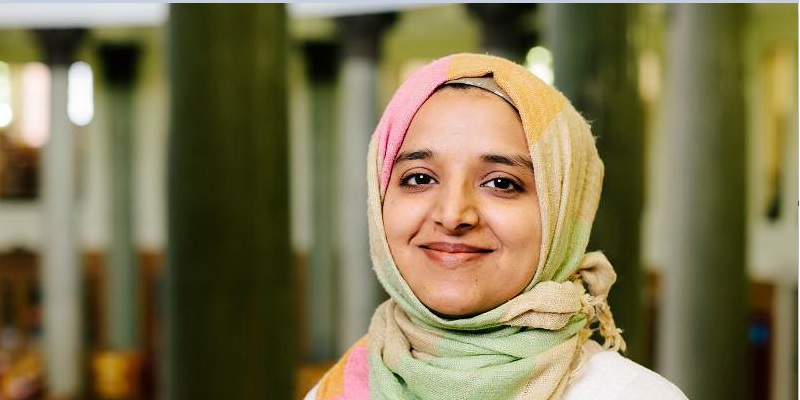 The first online Institute for Medieval Studies Book Launch was presented by Dr Fozia Bora on her new book, which centres on the writings of Ibn al-Furat.

After the stunning success of the first ever online Institute for Medieval Studies event following the outbreak of Covid-19, several recently-published members of our own community stepped forward to share and discuss their work.

On Tuesday 02 June, Dr Fozia Bora opened the series with her new book, Writing History in the Medieval Islamic World: The Value of Chronicles as Archives (London: I B Tauris, 2019), which centres on the writings of Ibn al-Furat from 14th-century Mamluk Cairo.  Dr Bora presented this through a pre-recorded interview with Dr Alaric Hall, followed by an open floor Q&A session.

Before beginning, Dr Bora made mention of the important and ongoing work of the Black Lives Matter campaign, especially in an effort to untangle the web of historical assumptions people have on the study of history, an effort which ties nicely with some of the conclusions in her book.

Dr Bora illuminated the importance of medieval writers like Ibn al-Furat who acted not just as historians but as keystone chroniclers.  Ibn al-Furat was not famous or incredibly wealthy, and his work went largely ignored after his book was sold by his son.  Yet as a Sunni Muslim who lived amongst the hustle and bustle of urban Cairo, Ibn al-Furat was able to gather vast quantities of information, whether from poems or administrative records, from a variety of sources, including Christian works translated into Arabic.  These sources were all meticulously tracked, cited, and attributed throughout his work, which Ibn al-Furat used to write his own book on the history of the Fatimids, whom he treated fairly as a historical chronicle despite their religious differences to his own beliefs.  Dr Bora notes that modern historical analysis carries many tropes about medieval Muslims being animated by sectarian concerns, but this is largely debunked when looking at actual examples like those of Ibn al-Furat. In fact, many of our sectarian views of history begin with our own projections onto the medieval era.

Dr Bora noted that in her investigation of Ibn al-Furat, the question arose as to whether to read him as an archive or as a chronicle.  His book reads like an archive, especially with his close care for preserving, ordering, cross referencing, and making sources easily retrievable, including catchwords at the end of each folio. This is an archivist’s dream and makes things as easy to read as possible.  Ultimately, he is a chronicler, but an incredibly well-read and organised one, especially for his more modest economic standing.

With Dr Hall moderating, Dr Bora helped enlighten the attendees and further expanded on her work through the Q&A section of the event.  Dr Bora helped clarify some of her earlier remarks, including the comparisons between Ibn al-Furat and other archivists with those historians who simply dump works together without a system of organisation. In fact, Ibn al-Furat tried to date his items chronologically and preferred to use the earliest available source, a good practice occasionally used by those historians who later used his work without citing him.  A final question focused on Ibn al-Furat’s intended audience, and the assumption that he wrote for a Muslim crowd.  Dr Bora supports this assumption, as his work uses a Muslim paradigm for how history unfolds, and includes references to thuggish crusaders.  But that is not the whole story, as the Christian minority living in Cairo would likely be on board with that description of the crusaders and his work has other inter-Muslim tolerances.

The book launch was a great success. In addition to members of the University of Leeds, people in the community who are no longer working in academia, tuned in to learn and discuss Dr Bora’s book. In particular, attendees praised Dr Bora’s work and her professionalism and thought-provoking research, including her ability to raise parallels in medieval Islamic and Christian writing formats.

Writing History in the Medieval Islamic World: The Value of Chronicles as Archives by Fozia Bora is available via Bloomsbury.