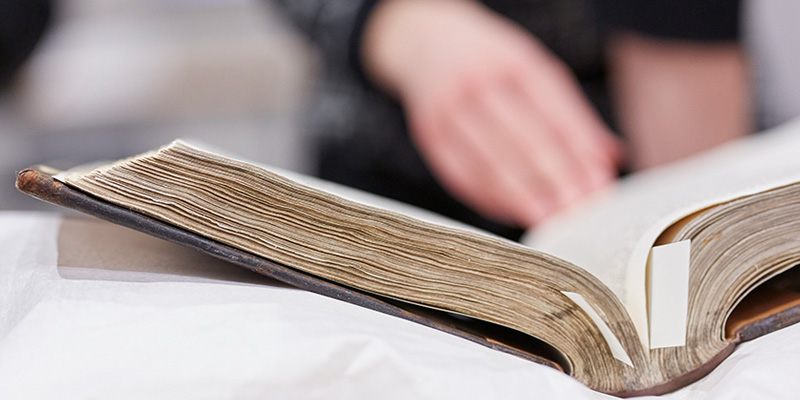 The most recent research night, which took place on the 24th of October, saw three doctoral candidates give a short presentation to a public audience on an aspect of their research. Melanie Flynn (School of Earth and Environment) gave a fascinating talk on knowledge mobilisation in Arctic research, which focused on the shifting power dynamic of knowledge-sharing between academic experts and the Inuit communities in the Labrador region of Canada. Afterwards, Meihua Song (School of Languages, Cultures and Societies) presented her very intriguing research on the complexities of Tibetan literature, with particular focus on the author’s cultural heritage, the language of the work, and the representation of Tibetan culture within the literature.

The third and final speaker of the night was the IMS’ very own Jacob Henry Deacon, who delighted the audience with an interactive analysis of the construction and translation of images in sixteenth-century fencing treatises, also known as fight books. Deacon briefly explained the history and significance of these texts (with the occasional reference to the swashbuckling medievalist favourite, The Princess Bride), before encouraging the audience to discuss questions such as “What are the limits of learning to fight from a book?” and “How important are illustrations in this learning process?”. The public was then presented with a selection of images from an original source (Giacomo di Grassi’s Ragione di Adoprar Sicuramente l’Arme) and their copies from a later English translation (His True Arte of Defence). These images were scrutinised in parallel in order to examine the impact that an altered diagram might have had on the interpretation of di Grassi’s instruction.

Deacon said after the talk that he was thrilled to have had the opportunity to speak at the event, and that these evenings are excellent opportunities for postgraduate students both to witness what other research is being undertaken at the university as well as introduce their own work to audiences that they might not otherwise reach. He said that he would recommend any PhD students looking for new opportunities to present their research to get in touch with the organising committee. Deacon is currently in the process of writing his thesis on the subject of the transmission of martial knowledge and its surrounding cultural contexts in England, c.1300-1600. His research interests include the acquisition and documentation of martial skill as well as the social conduct and contexts of both learning and performing violence.