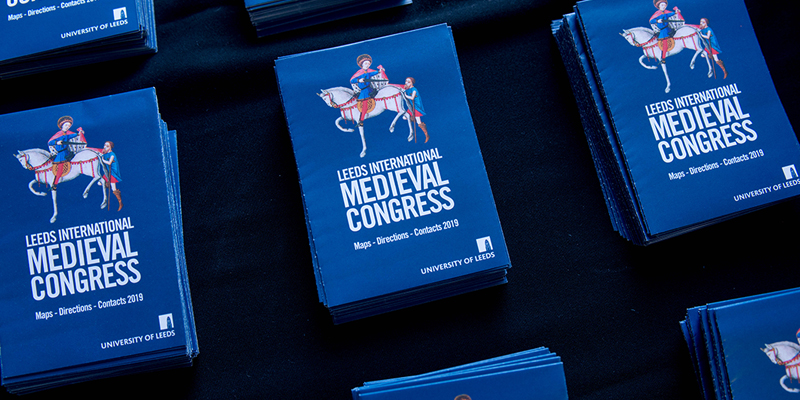 IMC 2019, held at the University of Leeds from 1-4 July, was a great success, and featured keynote speakers, sessions and round table discussions, bookfairs, workshops, and Making Leeds Medieval.

With a total of 2,810 delegates from 59 countries, this year's International Medieval Congress (IMC) rivals last year's record-breaking IMC, which coincided with multiple significant milestones including the 25th Congress since its beginning in 1994, the 50th anniversary of the Institute for Medieval Studies (IMS), and the 50th anniversary of the International Medieval Bibliography (IMB).

Axel Muller (Congress Director, University of Leeds) explained that after the anniversary Congress 'we expected a slight reduction in numbers; instead, we found ourselves overwhelmed with proposals'. Emilia Jamroziak (Professor of Medieval Religious History and Director of the IMS, University of Leeds), agreed, stating that 'the academic strength of the IMC is unquestionable; if you want to know what direction medieval studies is moving towards - across the world - you need to come to Leeds'.

The academic strength of the IMC is unquestionable; if you want to know what direction medieval studies is moving towards - across the world - you need to come to Leeds. 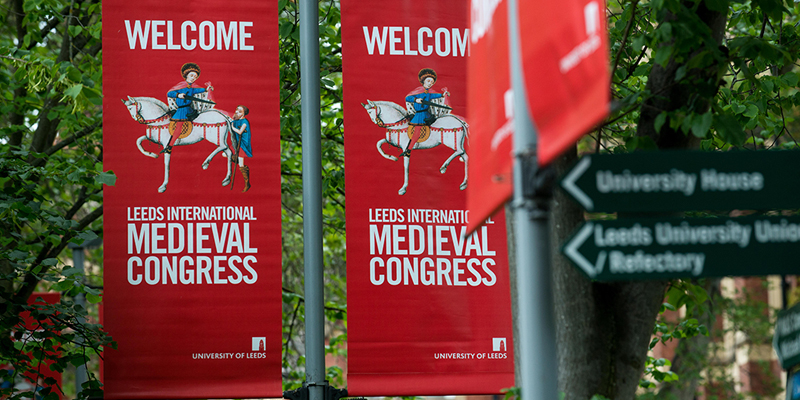 The annual IMC provides an interdisciplinary forum for the discussion of all aspects of Medieval Studies. Papers and session proposals on any topic related to the Middle Ages are welcome, and each year the IMC also chooses a special thematic focus.

This year's Congress, held from 1-4 July 2019, featured the special thematic strand 'Materialities', coordinated by Anne E. Lester (Department of History, Johns Hopkins University). The study of materiality brings together a host of scholarly and theoretical concerns and puts them into dialogue to understand how conceptions of matter, and matter itself, shaped the creation of the material world, regimes of labour and supply, connectivity, entanglements, trade networks, movements of things and people, concepts of agency and network theory, and constructed notions of the sublime, of replication, and of ‘reality’, as an abstract concept and category during the Middle Ages. 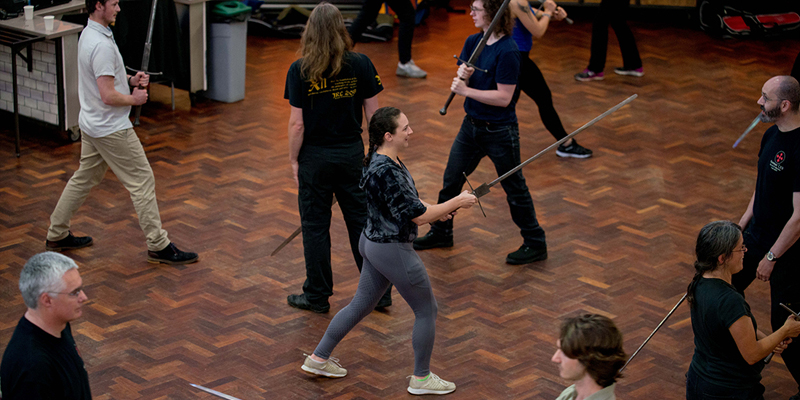 The IMC attracts delegates from across the world, and encourages diverse and cutting-edge discussions of all things medieval:

The programme for IMC 2019 included a wide range of workshops, fairs and exhibitions, receptions, concerts and performances, and excursions, in addition to sessions and round tables. Highlights include: 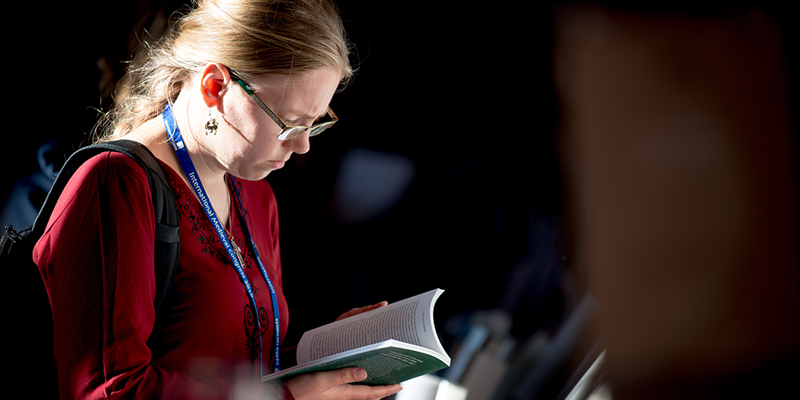 This year's sessions represented an astonishing array of topics, perspectives, and approaches. Jamroziak considered the Materiality theme 'a great success', as it encouraged 'a far greater number of art historians and medievalists working on various aspects of material culture'. Muller highlighted the diversity of topics within this theme alone, which included: 'materiality of the human body, landscapes, seascapes and soundscapes, materialities of identity, and precious objects'.

Samuel Bradley (PhD postgraduate researcher, IMS) and Florence Scott (PhD postgraduate researcher, IMS) organised mulitiple panels, and both were 'thrilled about how our sessions went'. Scott explained that 'the various papers synthesised well and provoked important discussion about the political functions of royal ceremonies both real and imagined'. Scott noted the wide temporal and geographical bounds represented, as well as the range of speakers, from established scholars to MA students. Bradley also stated that these conversations have already 'initiated plans for the IMC next year'.

Jacob Deacon (PhD postgraduate researcher, IMS), co-organised two panels and a round table discussion featuring historical martial arts studies with an international colleague, which Deacon described as 'a great success'. Deacon stressed that 'for small and newly developing fields such as mine, the Congress acts as a fantastic oppportunity for researchers to come together and share ideas not only to advance their work but also the field itself. It was particularly rewarding to have such a broad range of scholars at different stages of their careers in England, Germany, Switzerland, and Spain contribute'.

The Congress acts as a fantastic opportunity for researchers to come together and share ideas not only to advance their work but also the field itself.

Chris Latham (MA postgraduate researcher, IMS) attended the IMC for the first time this year, and he stated that 'overall the atmosphere throughout the week was great - I am looking forward to next year'.

Planning other aspects of the IMC, besides sessions, also proved valuable for members of the IMS. 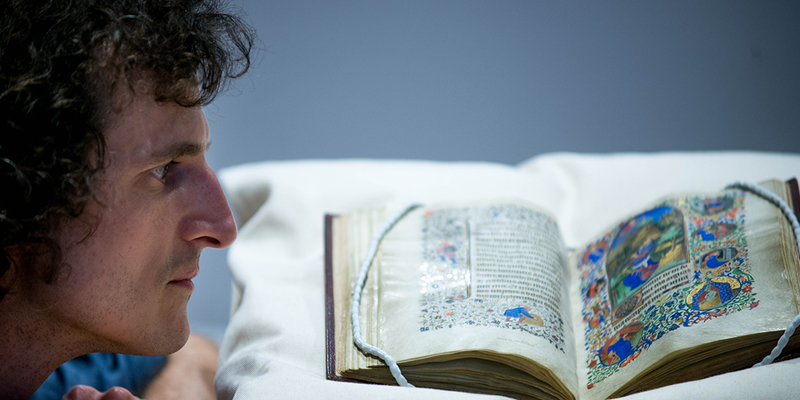 Yuskaitis, this year's IMS External Communications intern, explained that working for the IMC 'allowed me to gain really valuable experience working with the other IMS interns, while also learning about how such a complex event works and is put together'. The IMS interns - including Yuskaitis, Kayla Kemhadjian (PhD postgraduate researcher, IMS), and Chris Marks (MA postgraduate researcher, IMS) - co-organised updating social media and giving delegate interviews. Yuskaitis stated that her favourite aspect of working for the IMC was 'meeting delegates I otherwise wouldn't have had a chance to chat with - and getting a much broader perspective of medieval studies as a whole'.

Jamroziak stated that 'personally, I love the four days of the IMC - it is crazy busy, enjoyable and really useful for new directions in my own research. It's always wonderful to see old friends, strengthen international networks, and make new friends - there are so many young and gifted scholars. It gives me hope that there is a good future for medieval studies'.

It's always wonderful to see old friends, strengthen international networks, and make new friends - there are so many young and gifted scholars. It gives me hope that there is a good future for medieval studies. 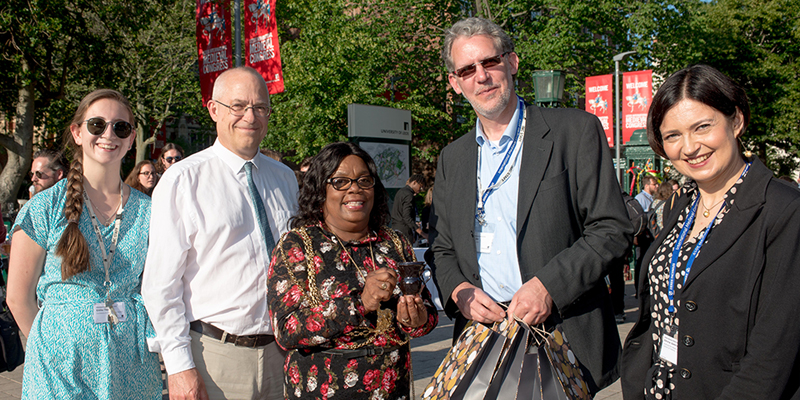 The Call for Papers for IMC 2020, held from 6-9 July at the University of Leeds, is currently open. The special thematic strand is 'Borders'. This strand seeks to bring together medievalists of all fields interested in both the theory and practice of borders in all their variety, from physical boundaries and material borders to dynamic social and spatial relationships.

This topic is timely, as Muller stated that 'borders in the Middle Ages - as today - serve as points of demarcation (and also meeting points) of different cultures, communities and societies. Often borders are perceived (or actual) concepts which have a strong subjective association which are reflected in emotive responses by individuals and groups. It is important to discuss the development, change, and overcoming of borders at an international meeting such as the International Medieval Congress at Leeds'.