IMS postgraduate researcher delivers seminar at the University of Nottingham

The University of Nottingham Health Humanities Early Bird Research Group (EBR) brings together like-minded researchers, both postgraduate students and early-career researchers, from a diverse range of faculties and departments to facilitate discussion and collaboration in the fast-growing field of Health Humanities.

The Health Humanities group investigates how the arts and humanities can inform and transform all aspects of health, healthcare and well-being - physical, mental, and social - making it increasingly recognised by policymakers owing to its vast impact potential.

The inaugural EBR seminar series explores current research within the area as well as presents opportunities for research collaborations, such as publications and bid development. They also function as work-in-progress peer support sessions. All seminars are free and open to all to attend.

Kemhadjian described the event as 'an amazing opportunity to engage with a non-medievalist audience and receive feedback from postgraduate researchers in the field of interdisciplinary health humanities'.

Kemhadjian discussed three methodologies used to tease out cultural perceptions of self-killings in Anglo-Saxon England. By beginning with a historiographical consideration of the term 'suicide', the anachronistic and ethnocentric issues surrounding the term were highlighted. She also explained the etymology of self-killing terms in Old English and introduced the concept of Natural Semantic Metalanguage. Next Conceptual Metaphor Theory was discussed, which provided a way to reconstruct cultural myths and perceptions. Ultimately Kemhadjian argued Anglo-Saxon self-killers were perceived to be sinful prior to the act of their self-death.

After finishing her BA at California State University Long Beach in 2017, Kemhadjian completed her MA in Viking and Anglo-Saxon Studies at the University of Nottingham in 2018. Her research interests include the history of emotions and mental health in early medieval England. 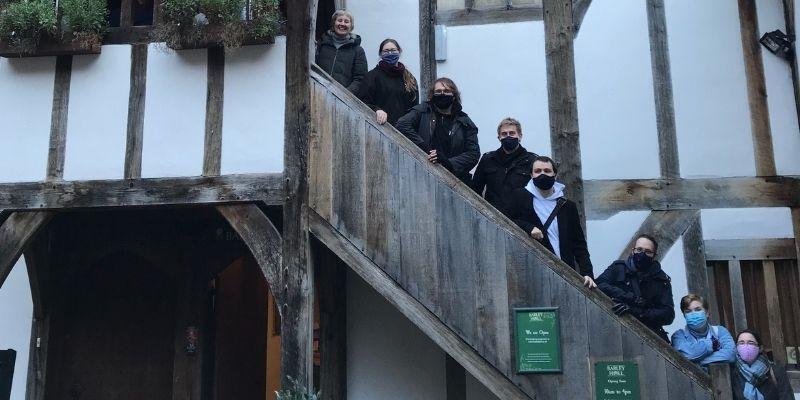