School of Media and Communication news Friday 27 May 2022

The book is a playful reflection on animals and video games, and what each can teach us about the other. 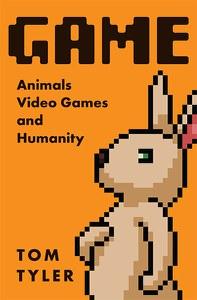 Tom Tyler has published his new book with the University of Minnesota Press, titled Game. And yes, that is a pun. From the publisher’s website:

“Game comprises thirteen short essays, each of which examines a particular video game, franchise, aspect of gameplay, or production in which animals are featured, allowing us to reflect on conventional understandings of humans, animals, and the relationships between them. Tyler contemplates the significance of animals who insert themselves into video games, as protagonists, opponents, and brute resources, but also as ciphers, subjects, and subversive guides to new ways of thinking.”