The Echo of Your Departures — exhibition 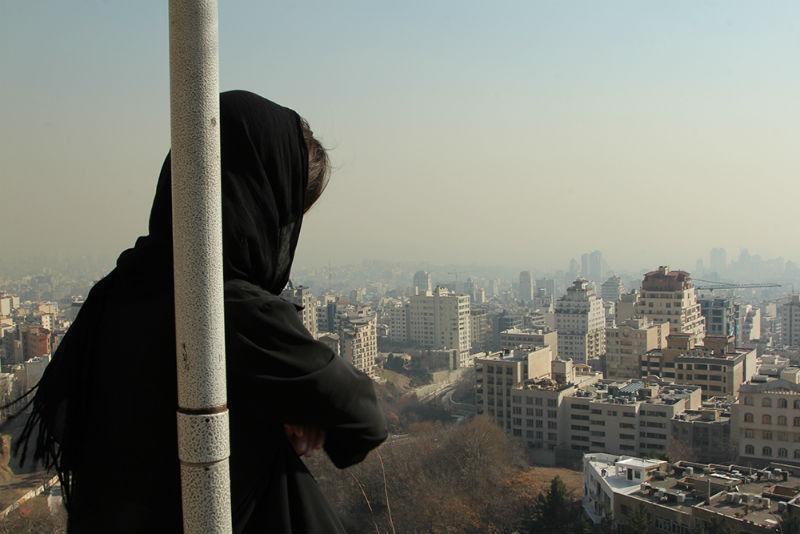 The Echo of Your Departures is the first solo exhibition by artist and curator Azadeh Fatehrad at the Danielle Arnaud Gallery, London.

It explores the history of the feminist movement in Iran, as well as the lives of contemporary women in diasporas, focusing on issues of identity, femininity, emotion, desire, clothing norms and moral values.

The exhibition comprises three multi-media installations; National Unity of Women (2016), The Dance of Fabric (2015) and The Echo of Your Departures (2018).

Referring to existing images of past events, the works ask how we can recreate history in a contemporary context through a combination of fact and fiction.

As part of a public programme of events, Professor Reina Lewis (London College of Fashion, University of the Arts London) will be in conversation with Azadeh Fatehrad on Wednesday 19 June, 6.30 to 8.00pm. Please book your place by emailing danielle@daniellearnaud.com

The first, National Unity of Women (2016), alludes to a series of interviews with Shahin Nawai, one of the leaders of the feminist movement in Iran, who effectively created the National Unity of Women’s Associations during the 1979 uprising. On 8 March 1979, the day after the announcement of the compulsory dress code (hijab) laws, thousands of men and women marched on the streets of Tehran in opposition. The video reflects on Nawai’s insights into women’s life in Iran, and her activities and viewpoints surrounding the events of 8 March 1979.

In the second, The Dance of Fabric (2015), Fatehrad looks at the object of repression (the veil) in the context of Iranian history. She suggests a dimension of beauty and desire to the veil, reflecting on her own life in Iran, as well as creating an imaginary space of self-representation.

The last work, The Echo of Your Departures (2018) is a five-channel sound and one-channel video installation. It was inspired by a series of in-depth anthropological interviews with women in diasporas and focuses on themes of migration and transition. Through a collaborative production with composer Matthew Ward, fragments of the interview transcriptions have been combined with imaginary elements of self-reflection to create an ephemeral constellation (of sound and video) through which Fatehrad seeks to represent the notions of uncertainty and in-betweeness in the diasporic experience.

Artist and curator Dr Azadeh Fatehrad is a Lecturer in Contemporary Art and Curating at the School of Fine Art, History of Art and Cultural Studies, University of Leeds, working in the context of historical representation. Underpinning Fatehrad’s research is a cross-cultural approach that looks at the artistic, social, aesthetic and political implications of ‘existing images’, and their relation to life today.

Fatehrad’s research, artistic and curatorial practice are intertwined around a process of gathering information and generating new imagery in response to archival material she discovers. Her practice ranges from still and moving images to fictional stories, short films and artist books which have been exhibited internationally at the Royal Academy of Art (London), Somerset House (London), Weltkulturen Museum (Frankfurt am Main), Index: The Swedish Contemporary Art Foundation (Stockholm), Lychee One Gallery (London) and The Barn Gallery (Oxford), among others.

Fatehrad has curated diverse public programmes such as Sohrab Shahid-Saless: Exiles at the Close-Up Film Centre, Goethe-Institut and Institute of Contemporary Arts (ICA), London (2017-18); The Feminist Historiography at IASPIS, Stockholm (2016); and Witness 1979 at the Showroom, London (2015).

Thursday, Friday & Saturday, 2 to 6pm or by appointment.