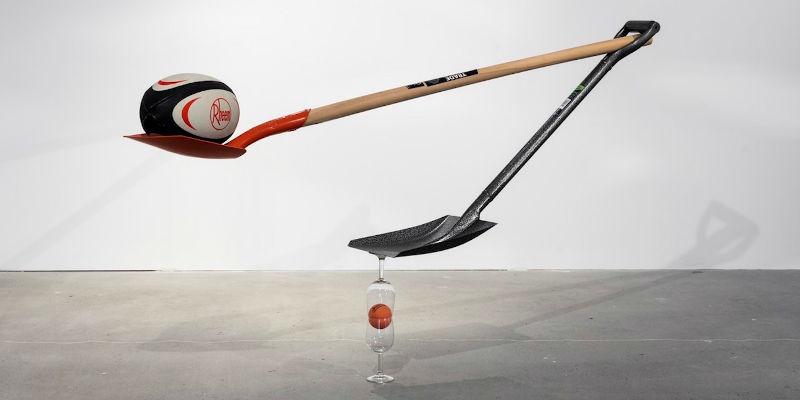 Matt Calderwood was born in Northern Ireland (1975) and now lives and works in London and County Antrim.

Calderwood is known for his sculptures, performative video works and large scale printed works. Balance is often at the centre of the work and the physical potential of objects is often stretched to the limit. In a fluid practice, household objects, sporting equipment and hand tools are often employed as functional elements within carefully balanced sculptural assemblages. Geometric, sculptural objects built or cast in the studio become the tools for making large scale printed works.