"Perhaps this can not be anything" exhibition 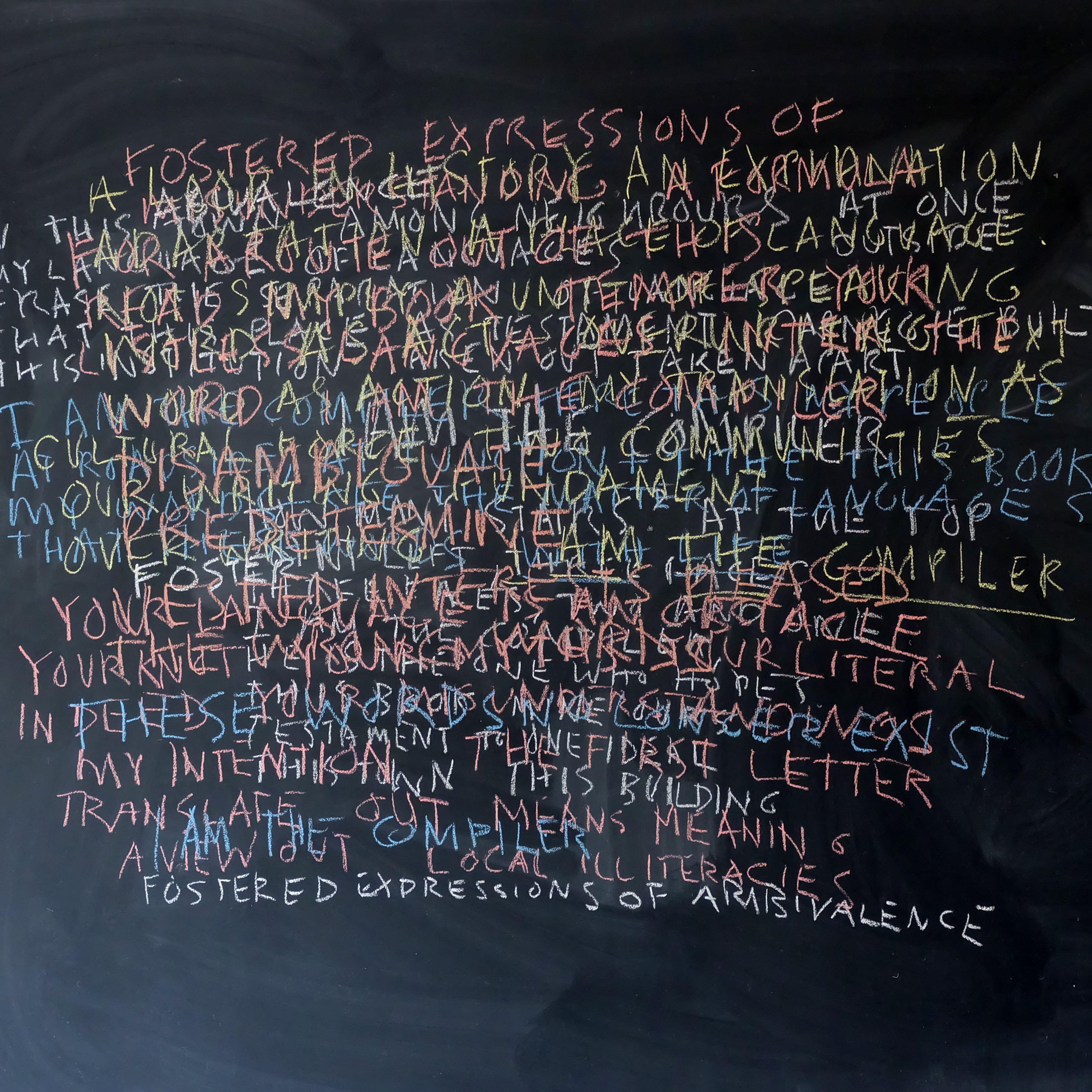 An exhibition in the Foyer Gallery, School of Design Open daily Monday to Friday 9.00 to 5.00

Designed words have a ubiquitous presence in contemporary life: enveloping us, fostering expectations and relationships and shaping many of the contexts through which we live and work. Typography’s role in mediating between a text’s appearance and its meaning is tied largely to those functions of Graphic Design which seek to visually communicate messages and ideas in response to a problem or challenge defined by a particular need. The invention and practice of new languages has also been marked by a desire to reflect upon language’s social function, and the development of Esperanto in 1887 was determined by an explicit need which its creator sought to address: linguistic diversity creates division and a neutral, universal language would solve those problems associated with non-communication, hopefully building a more cohesive and fairer world as a consequence. Esperanto, perhaps the most widely-known invented language, arrived in the UK in 1902 via the otherwise unremarkable West Yorkshire town of Keighley where a small community of speakers quickly formed. Notable as the first such community in England, the Keighley Esperanto Society regularly met until the late 1990s when its membership seemingly dwindled to a point of unsustainability.

Linguistic innovation such as Esperanto is the material impulse of a widely-held Utopian drive and, for its inventor Ludwig Zamenof, the main problem of language was a problem with languages: there were too many and linguistic diversity leads to mistranslation, mistake and misunderstanding. So, for Zamenhof, an artificial and universal auxiliary language would fix the problems of translation - sweeping away any consequences of human error or of non-necessary re-processing of people’s words in order to be properly understood.

This exhibition presents a selection of critically-informed practice-led typographic research which explores the material traces of linguistic invention as a means to examine the disruptive and transformative possibilities of translation as a distinct ‘designerly’ activity. The emerging discipline of ‘critical design' offers a useful method through which new approaches to a practice of typography can be explored and the work included here looks at ways that ideas of translation can be exercised through automatic or machine-derived methods which seek to embrace the inherent mistakes, errors or unintended consequences of these approaches.

Paul Wilson is a Lecturer in Communication Design and Director of International Partnerships in the School of Design and a member of the Land2 research network.