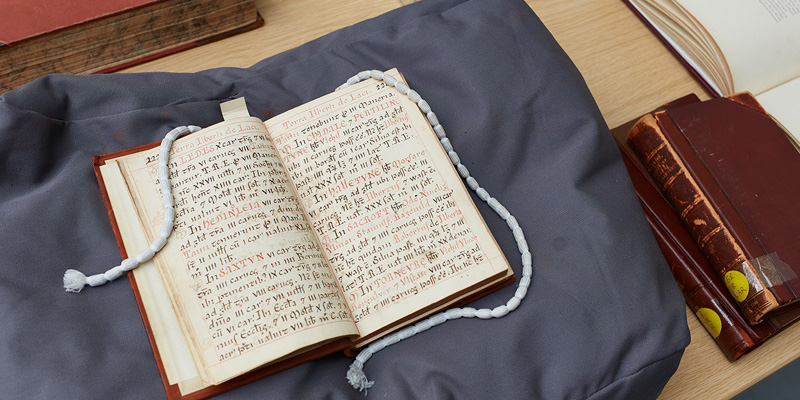 The UK Arts and Humanities Research Council (AHRC) has awarded a £1 million grant and post-doctoral fellowship to Dr Hervin Fernandez-Aceves and Dr Marco Muresu for their project Power, society, and (dis)connectivity in medieval Sardinia.

Dr Fernandez-Aceves is a recent alumnus of the IMS, graduating with his PhD in 2018, and has also been a regular participant of International Medieval Congresses (IMC) at the University of Leeds. Currently an Award Holder at the British School at Rome (BSR) and a visiting teaching fellow at the Autonomous University of Chihuahua (UACH), Dr Fernandez-Aceves states that 'this award will not only allow me to continue my research for four years, but will also contribute to the historical and cultural reconsideration of the role that Sardinia played in the medieval Mediterranean'.

this award will not only allow me to continue my research for four years, but will also contribute to the historical and cultural reconsideration of the role that Sardinia played in the medieval Mediterranean.

Dr Fernandez-Aceves will be based at Lancaster University, starting May 2019, and will research Sardinia's giudicale aristocracy and its rare corpus of charter materials, the carte volgari and the condaghes.

The project is directed by Alex Metcalfe (Lancaster University) in collaboration with Aarhus University (Denmark) and the Institute of European Mediterranean History, National Research Council (Italy), which will co-ordinate investigations across a network of ten research institutions. By the end of the project, a major exhibition on Sardinia and its Mediterranean contexts, based on the innovative research of Dr Fernandez-Aceves and Dr Muresu, will be added at the National Museum in Cagliari.

Dr Fernandez-Aceves also has a book forthcoming next year titled County and Nobility in Norman Italy, published in the I.B. Tauris History Series. For updates about the project and publication, follow Dr Fernandez-Aceves on Twitter (@HervinFA) and academia.edu.