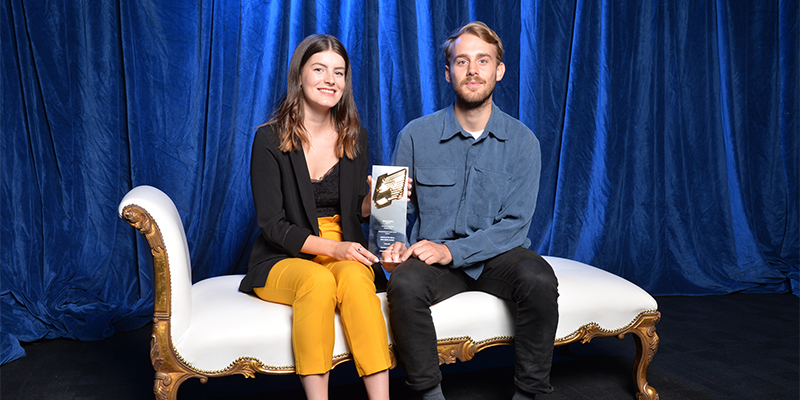 Commenting on the film, the judges said it had: “great pacing, interesting cuts and techniques showcased the skill and talent of the editor.”

Charlotte and Hugh studied BA Cinema and Photography at the University of Leeds, graduating in 2017.

Chaired by Philip Edgar-Jones, Director of Sky Arts, the Royal Television Society (RTS) awards recognise the best audiovisual work created by students across the UK and the Republic of Ireland at undergraduate and postgraduate level.

The winners were announced at a ceremony held on 22 June at the British Film Institute (BFI) in London.