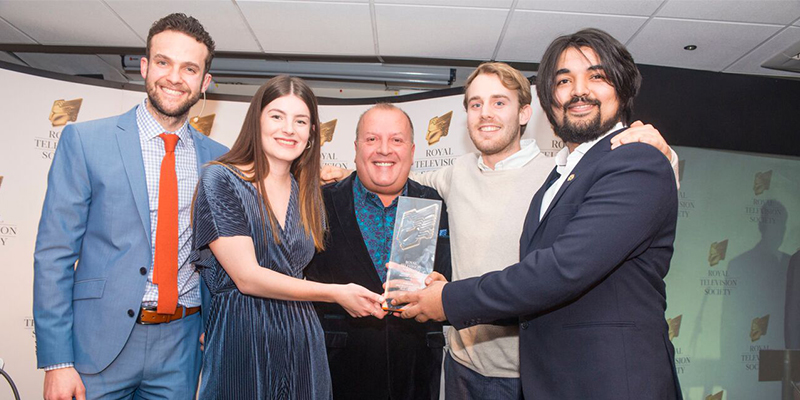 Commenting on Taraash, the judges said: “The winning film had great narrative, a really engaging central character, and was beautifully shot”.

Hugh Clegg also won a Craft Award for camerawork for Taraash. Ishan, Hugh, Carlotta and Charlotte studied BA Cinema and Photography at the University of Leeds and graduated in 2017. 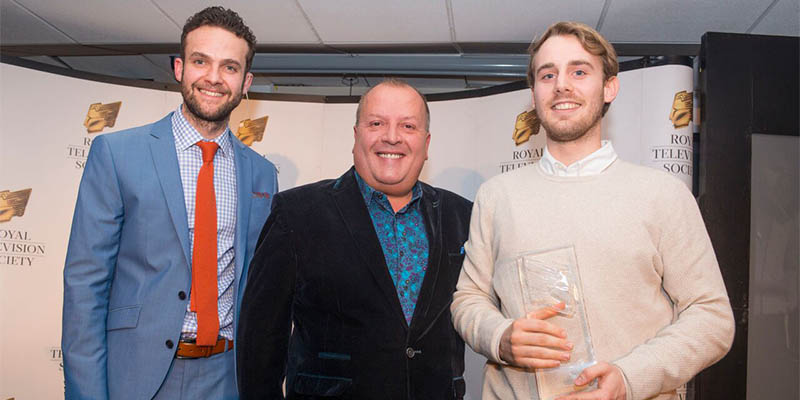 Hugh Clegg is presented with his RTS craft award for camerawork for Taraash by Paul Stead (MD of Daisybeck Studios and RTS judge) and Johnny I’Anson (presenter for BBC Radio Leeds and RTS host).

Taraash will now go forward for consideration by the judges of the RTS National Student Television awards on 22 June 2018. It will be screened next at the Pakistan International Film Festival (29 March – 1 April 2018).

Kyle Shiels won a craft award for camerawork in the news category for Life off the Ball – Mental Health in Rugby League. Kyle graduated with a BA in Broadcast Journalism in 2017. 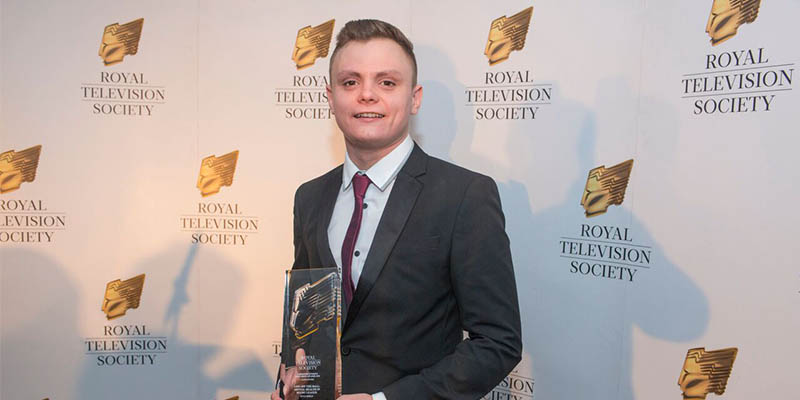 Kyle Shiels with his RTS award.