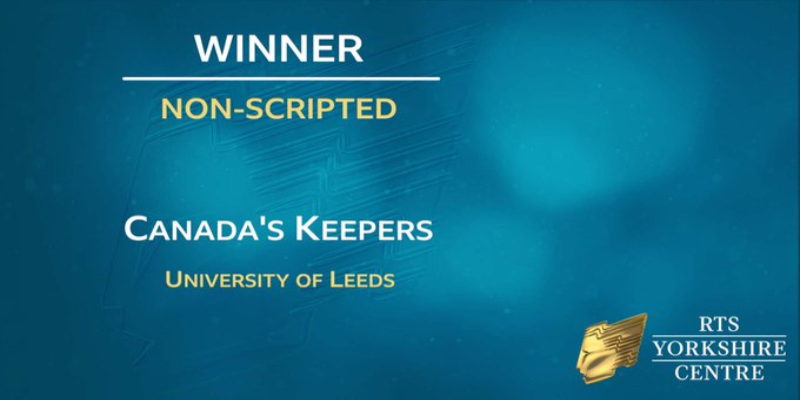 Their powerful documentary “Canada’s Keepers” examined an untold story of a group of native Canadian Women and the history of this group’s oppression.

Due to the pandemic, the usual multiple category awards were limited to only two categories scripted (fiction) and non-scripted (factual). The film’s success is even more outstanding as a result as it was up against films from multiple categories and formats across institutes in the Yorkshire region.

The film was shot in Canada in January of 2020 and edited in lockdown at the start of the pandemic. Judges at the awards praised the film, saying it’s ambitious, telling an untold story using powerful testimony and excellent film-making techniques. A stand-out film.

The film now moves forward to the National RTS awards later in the year, where it’s hoped it will continue the School’s rich success at both regional and national level.