‘The old gods return: a public lecture by Tom Shippey’

This public event will explore ideas of ‘the North’ in fantastic literature and other media.

Norse mythology has by now “gone viral”: it is familiar over much of the world, in books, films, comics, and video games, its material swapped and borrowed beyond hope of being traced. Nevertheless the whole phenomenon rests on the work of one man, a 13th-century Icelander, and subsequently on a small handful of popularisers. This lecture centres on a group of modern novelists – all markedly regional, non-academic, and unconnected – who have borne witness to the secondary sources that inspired them. Through them, the lecture discusses the renewed appeal and renewed relevance of a literature and a mythology which had been forgotten for centuries.

Tom Shippey is a British scholar and retired professor of Middle and Old English literature, as well as medievalism and modern fantasy and science fiction. In particular he is widely considered one of the world's leading academic scholars on the works of J. R. R. Tolkien about whom he has written several books and many scholarly papers.

Selected publications from this author:

Laughing Shall I Die. The Lives of the Great Vikings (2018)

Registration for this event is via Eventbrite.

For further information about this event please email the Series Convener Ingo Cornils. 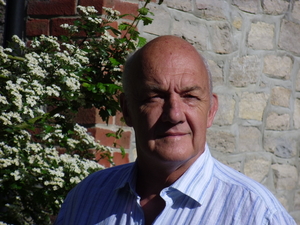