Performing Science on Television, and Other Stories

Performing Science on Television, and Other Stories

Tim Boon (Head of Research and Public History, Science Museum Group & University of Leeds Cheney Fellow 2018) will use this lecture to explore the representations of Science via the 'grammar' of the 1950's and 1960's broadcast media. In doing so he will suggest an altered view of Science in culture.

Moving image media – film and TV – have had a major impact on the public culture of science, a phrase that includes all the ways in which laypeople are helped to think about science and its siblings – technology, engineering, medicine and maths. During his Cheney Research Fellowship at the University, Tim has been working on a new book on this topic. This lecture, making extensive use of rarely-seen archive clips, will take a look at the way in which the ‘grammar’ of television science developed in the 1950s and 1960s, focussing in particular on what is going on when scientists appear in television programmes. Tim will bring out how scientists’ willingness to perform on television, and their skills at doing so, became a significant aspect of the larger functioning of science.

But, in case we assume that there was something unique about the treatment of science on television, it is important to pause to tell some ‘other stories’. In one direction Tim will show that science wasn’t really treated at all differently from the arts on 1960s TV (in his examples, classical music television). In another ‘story’ he will show that in the quest for more effective science communication there were significant borrowings – in both directions – between moving image media and science museum displays. 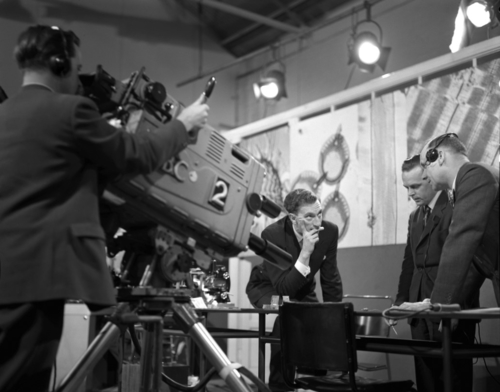