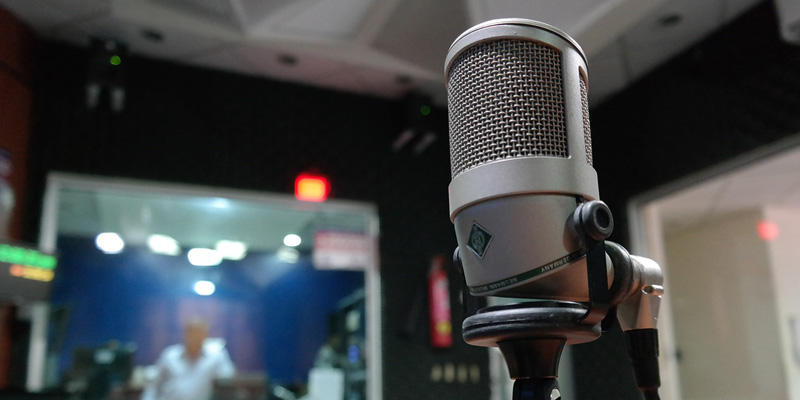 The search for biodegradable lingerie (Vogue Business 25/11/2019) Dr Mark Sumner (Design) comments on the challenge of sustainability and function in design and manufacture of lingerie.

I watched Johnson and Corbyn's debate with 100 undecided voters - here's how they reacted (The Conversation 20/11/2019) Professor Stephen Coleman (Media and Communication) writes this article about using a new online tool, Democratic Reflection, to gauge the live responses of 100 undecided voters during the ITV Leaders Debate on Tuesday.

News at 10  (ITV 19/11/2019) Leeds University Union's Riley Smith Theatre provided the backdrop for a live experiment during last night's party leaders' TV debate. A research project led by Professor Stephen Coleman and Dr Giles Moss (Media and Communication - AHC) live-tested an online tool assessing voter reaction to the broadcast. The experiment was filmed by ITV News, which is funding the research. Dr Louise Pears (also SMaC) was interviewed (from 12:36 via ITV Hub).  The film is also viewable at the bottom of this online news item. Also in: University news story

May I have a word about... the revival of gongoozling  (The Guardian 17/11/2019) Further coverage by an Observer columnist about the Dialect and Heritage project.

In Our Time  (BBC Radio 4, 14/11/2019) Dr Sarah Hudspith (Languages, Cultures and Societies) is one of the guests on today's programme, which considers Dostoevsky's Crime and Punishment.

Turning to faiths to save the planet (Eco-Business, 14/11/2019) Further coverage: PhD researcher Jonathan Smith (PRHS) writes about his research in Indonesia, which shows that religious groups have played an important part in responding to climate change by participating in environmental campaigns and by translating scientific and policy language for a religious audience.

Gayle Lofthouse (BBC Radio Leeds 12/11/2019) Dr John Gallagher (History) talks about his BBC FOUR programme about language, which aired last night (radio interview from 2:39:45).
Dr Gallagher was also interviewed on RTE Raidio Na Gaeltachta (from 0:31)
The TV programme, Scuffles, Swagger and Shakespeare: The Hidden Story of English, is on iPlayer.
Further previews of the programme: The Guardian, i News, RTE

Mind my language, it's a family affair (The Times, 12/11/2019) Further coverage: Columnist Sara Tor welcomes the news that the School of English's Dialect and Heritage project has received a funding boost from the National Lottery Heritage Fund.

Our dialects are the last surviving bridges back into England’s past (The Daily Telegraph, 10/11/2019) The Sunday Telegraph Further coverage of the Dialect and Heritage project announcement included this comment piece (also in print version, P16). And this, in The Observer

Forgotten radar men who worked in secret to win the war  (The Times, 10/11/2019) Dr Phillip Judkins (Philosophy, Religion and History of Science) explains why the scientists who worked on radar during the Second World War deserve more credit.

BBC Radio 4 09/11/2019 A significant grant from the National Lottery Heritage Fund for the next phase of the Dialect and Heritage project let by Dr Fiona Douglas (English) was widely covered across most media outlets from Saturday. Dr Douglas was interviewed live from 43:37. The news was also covered in bulletins across BBC Radio 2, 4 and local stations (this Radio 2 example is from 1:02:04). Also in: Guardian (and p18 in printed paper), Times (and p11), Telegraph (and p14), Daily Mail (and p31), i news, Mirror and The Sun (PDFs available on request), The Yorkshire Post, Sunday Star Times (New Zealand - PDF available on request) Plus more than 100 UK regional papers. Sky News (and dozens of local commercial radio stations), University news story

Software for communicating fabric handle  (WTIN, 5/11/2019) Dr Sahar Arshi (Design) talks about a Future Fashion Factory project led by Professor Ningtao Mao that is developing software capable of digitally communicating the properties of fabric, such as how it feels to touch.

The Hidden Forces Behind the Rise and Fall of Colorful Kitchens in Postwar America (TIME, 01/11/2019) An excerpt of "The Color Revolution" by Professor Regina Lee Blaszczyk (History) features in TIME.

Freedom for Skipton’s Raikeswood Camp German PoWs as they learn they are going home (Telegraph and Argus, 23/10/2019) The First World War PoW camp translation project led by Anne Buckley (Languages, Cultures and Societies) reaches an important milestone, as the camp diary reports the first repatriations a century ago  Also in: Craven Herald

Future of the fashion industry unveiled at Salts Mill, Saltaire (Telegraph and Argus, 22/10/2019) Future Fashion Factory (School of Design) held an exhibition to mark its first year, which saw more than 100 guests from across the fashion and textile industry learn about projects forming part of this major AHRC-funded Industrial Strategy project.

Ireland and the assassination culture of imperial Britain (Century Ireland (RTE), 17/10/2019) Professor Simon Ball (History) writes about how imperial Britain responded to murders of its officials around the world.

Inside Out (BBC One, 14/10/2019) Dr Mark Taylor (Design) talks about some of the developments in outdoor clothing since a 1964 Peak District tragedy that claimed the lives of three young scouts (starts at 19:00).

The Forum: Electric telegraph - the first worldwide web (BBC World Service 03/10/2019) Visiting Research Fellow Dr Gillian Cookson (History) contributes to this programme about the invention of the electric telegraph in the mid-19th century.

Book examining how LGBT is using religion to champion for their rights launched in Nairobi (Tuko , 01/10/2019) Dr Adriaan van Klinken (PRHS) publishes new book 'Kenyan, Christian, Queer' exploring how religion can be a site and resource for LGBT identities and rights.

Overcoming hurdles: Cosmetics has a massive opportunity to utilise waste ingredients (Cosmetics Design Europe , 01/10/2019) Dr Richard Blackburn (School of Design), director and co-founder of Keracol the Leeds University-born company reports on the problems of waste and by-products in cosmetics.

Do MPs need to mind their language? (Dundee Messenger 27/09/2019) Professor Stephen Coleman (Media and Communication) is quoted in this article discussing the language used by politicians.

Look and feel good: How tech could save the fashion industry (CNN 27/09/2019) Dr Mark Sumner (Design) is quoted in this article about new technologies that could transform the way clothes are designed, produced and sold.

Richard Stead Breakfast Show (BBC Radio Leeds 18/09/2019) Dr Alaric Hall (Institute for Medieval Studies and English) contributes to a feature about the historical significance of the place name Pender (from 23:31, then 2:24:35).

Next Labour government could legalise cocaine and heroin (Liverpool Echo 16/09/2019) Dr Gemma Ahearne, visiting fellow at the University of Leeds (PRHS) , is quoted about the links between the illegal drugs market and organised crime.  Also Sputnik International

Can we ever really know if our clothes are sustainable? (BBC Bitesize 16/09/2019) Dr Mark Sumner (Design) contributes to this article on the BBC's learning resource site.

Boris Johnson's dodgy delivery is only fuelling feelings of mistrust (The Conversation 09/09/2019) Article by Professor Stephen Coleman (Media and Communication) discusses Boris Johnson's Wakefield speech and how delivery can affect the meaning of speech or signify meaning in themselves.

The bizarre new fabrics that fashion is betting on (BBC Business 10/09/2019) Dr Richard Blackburn (School of Design)  comments on textile alternatives and adds that consumers need to act sustainably in every area of their lives. Also in Dundee Messenger

Stacey Dooley: 'We Have To Recognise There Are Consequences To What We Buy And Wear' (Grazia UK 08/09/2019) Dr Mark Sumner (Design - AHC) is quoted in this article discussing sustainability in fashion.

Yorkshire Post (02/09/2019) Professor Edward Spiers (History) features in an article looking back at this historic moment and the impact of the so-called Phoney War.  Also appeared in print in the Yorkshire Post and Yorkshire Evening Post print