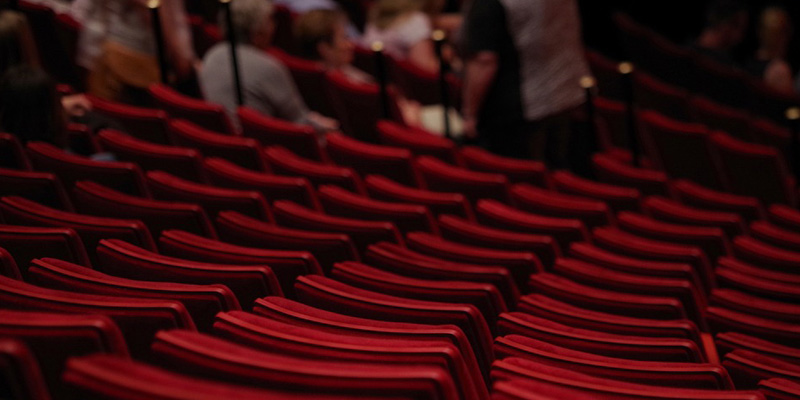 Each autumn, in association with the British Academy, The Cultural Institute and  the Ilkley Literature Festival, we invite one of the speakers in the Academy's London-based public lecture series to give their lecture again at the University of Leeds.

Since dyslexia was first described in the British Medical Journal in 1896, there has been debate about the definitions and diagnostic procedures used, with some casting doubt on its very existence. However, the contemporary view of dyslexia has emerged from a century of research in medicine, psychology and more recently neuroscience, and we now know enough about this learning disorder to guide policy and practice. Drawing on the findings in her latest book Margaret Snowling discusses how our understanding of dyslexia has evolved over time.

Maggie Snowling is The President of St John's College, University of Oxford. She specialises in developmental disorders of language, learning and cognition, and is specifically interested in the nature and causes of children’s reading difficulties and how best to ameliorate them. She is a Fellow of the British Academy and a Fellow of the Academy of Medical Sciences. Maggie was appointed CBE for services to science and the understanding of dyslexia in 2016. 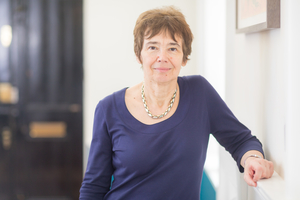 Marking the 200th anniversary of Emily Brontë’s birth, Professor Shuttleworth used the seventh annual BA lecture here at the University of Leeds to discuss the brief life and work of the writer who gave us Wuthering Heights, her place in the literary canon, and the enduring legacy of the Brontë sisters.

About the speaker: Sally Shuttleworth is Professor of English Literature at the University of Oxford and Professorial Fellow, St Anne's College, Oxford, is a specialist in Victorian literature. She is also a Fellow of the British Academy.

About the speaker: Dr Philip Lancaster is a composer, a leading textual and critical scholar specialising in early twentieth century music and poetry, a solo baritone and consort singer, and an occasional poet.

2016 lecture: The Inner Eye: Voyages Around the Museum

The lecture related both to the present (a museum project in progress) and to the past (previous projects; previous collections).  It considered the relationship between the private collector with a closed collection and a wider public with more open methods of interpretation. It also considered the role of the artist in acting as our guide, as well as considering the ways in which different media expand the traditional forms of the historic collection.

About the speaker: Dr Penelope Curtis began her career working in new museums of primarily contemporary art in the North of England. Throughout this time she developed her focus on sculpture in general, and in particular its relationship with modern architecture. More recently she was responsible for the Millbank project at Tate Britain, with its comprehensive re-hang of the collection, and is the Director of the Gulbenkian Museum in Lisbon.

The end of the First World War produced turmoil and upheaval in Europe which culminated in a second conflagration twenty years later. The end of the Second World War – massively more destructive even than the First – led in contrast to unprecedented peace, stability and prosperity in Europe. How is this to be explained? This lecture explored the conditions in Europe between 1945 and 1949 in the attempt to find some answers.

About the speaker:Sir Ian Kershaw, FBA is a British historian of 20th century Germany whose work has chiefly focused on the period of the Third Reich.

2014 lecture: The Two Hours' Traffic of Our Stage: Time for Shakespeare

When the Prologue to Romeo and Juliet announces that the performance will last two hours, what does Shakespeare mean? Professor Tiffany Stern asked how time was understood in an age of sandglasses, sundials and inaccurate clockwork. Considering the sound and the look of the instruments of time, Professor Stern asked about Shakespeare’s works ranging from the practical to the editorial and to the analytical. How long did Shakespeare’s plays take to perform? Why are Shakespearean characters associated with ways of measuring time? What textual cruxes in Shakespeare’s plays relate to timepieces? And what did terms like an hour, a minute, or a second actually convey to a Shakespearean audience?

About the speaker: Tiffany Stern is Professor of Early Modern Drama at the University of Oxford. Her books include Rehearsal from Shakespeare to Sheridan (2000), Making Shakespeare (2004), Shakespeare in Parts (2007) and Documents of Performance in Early Modern England (2009). She has edited a number of plays and written over forty articles and chapters on 16th, 17th and 18th century literature.

Professor Hugh Haughton looked at how poets from Spenser to Heaney, Hughes and Alice Oswald have used rivers in their work.  This lecture was first given during the British Academy Literature Week 2013.

About the speaker: Born in Cork in the Republic of Ireland, Professor Haughton studied at Cambridge and Oxford Universities before joining the staff at York.

Professor Haughton's main interests lie in twentieth-century Irish literature, modern poetry and poetics in the UK, US and Ireland; psychoanalysis and literature; and the literature of nonsense. He has recently written an introduction to one of the New Penguin Freud volumes on The Uncanny, edited an anthology of Poetry of the Second World War and completed a book-length study of the contemporary Irish poet Derek Mahon. He is also interested in autobiography and life-writing: John Clare and Romantic poetry; US poetry and fiction; and issues around poetry, cultural exchange and translation.

2012 lecture: The Making and Breaking of States: The End of Empire in India Revisited

Recent events in the Arab world have sharpened and widened public interest in the way states can be broken and made - often very publicly and dramatically given the role of the modern media. Since the end of the Second World War the world has seen three great waves of state-breaking and state-making: the end of European empires; the collapse of the Soviet Union; and the contemporary "Arab Spring". By revisiting perhaps the greatest "imperial ending", the end of British imperial rule in India in 1947, we can investigate issues which may prove helpful in probing the dynamics of other phases of turbulence in the structures and nature of states.

About the speaker: The Revd Professor Judith Brown was born in India (1944) and educated in England. As an academic, specialising in South Asia and wider aspects of imperial history, she taught as a Fellow of Girton College, in Manchester University, and then in Oxford, as Beit Professor of Commonwealth History and Professorial Fellow of Balliol College (1990-2011). Most of her writing has been on modern Indian politics (with biographical studies of Gandhi and of Nehru), the South Asian diaspora, and more generally on the British empire. She trained for ordination (2009) at Cuddesdon and helps in a west Oxford parish and in Balliol chapel.